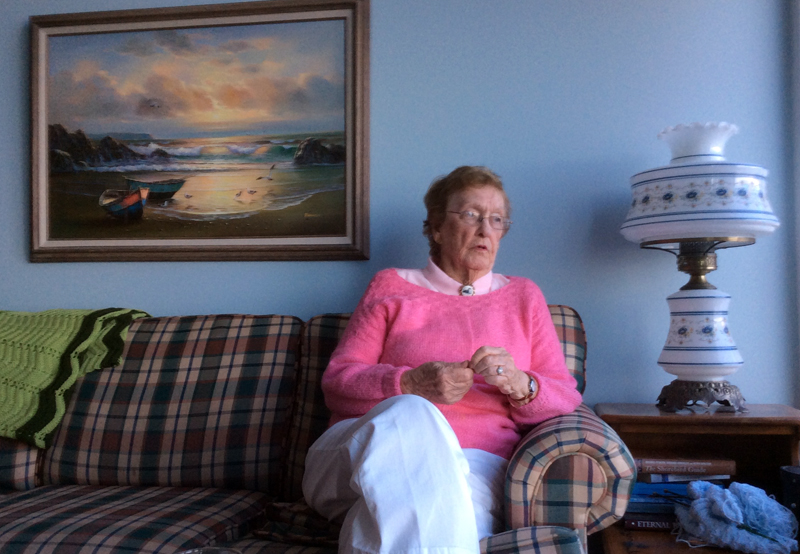 Carroll lived a wonderful life, happily married to Joseph Andrew Adams from June 1939 until his passing in June 2003.

Carroll was born in Bronxville, N.Y. Her early life with her parents Arthur Archibald Stone and Anne Marion Carroll Stone in Bronxville and in Lime Rock, Conn., preceded her move to New York City where she learned and earned as an office worker, becoming self-reliant early on. She enjoyed organizational and clerical skills that proved useful all her life.

New York was also where she met and married her husband. They lived in New York City, on Long Island, and in Irvington, N.J., where they started their family of three boys, Charles, Robert, and Richard.

With growing family in tow, they moved west and found their family home of 25 years in Chester, N.J., a small town in the country that proved to be a healthy place to live, raise and guide children. Making new lifetime friends, rearing and schooling the three sons, living a full life as homemaker and going back to work at Garland School as the boys came of age, filled Carroll’s day with life’s challenges and rewards.

As the nest emptied and retirement approached, Carroll and Joe looked for a comfortable and warmer location on the Gulf Coast of Florida; Carroll continued to work in a boys’ school for several years as assistant to the headmaster at Admiral Farragut Academy in St. Petersburg. Florida gave them some 30 years of retirement, providing personal enjoyment and a beautiful place for a dispersed family to enjoy reunions and meet new family additions. Carroll and Joe also managed to spend summers in the beautiful and more temperate clime of their beloved Round Pond. If her wishes were granted, Carroll would forever watch the changing tides, boating activity and wildlife along the broad Muscongus Sound from her picture window perch on Moxie Cove.

As a mother, grandmother, sister, aunt, and friend, Carroll was very well thought of and respected by family, friends, and all who knew her. She was generous, perceptive, straightforward, and kind. After her husband of 64 years passed away, she lived on in their house for three years, overcoming three different incursions of cancer, before moving to Cumming, Ga., where son Charles provided an ideal home close to grandchildren and their growing families. Carroll had a sharp mind and remained active until very near the end of her life. Her passing at 104 and 1/2 years of age bears witness to her strength, perseverance and life wisdom. She is survived by her three sons; eight grandchildren; 15 great-grandchildren; and now a new, young, great-great-grandchild. Her legacy continues.