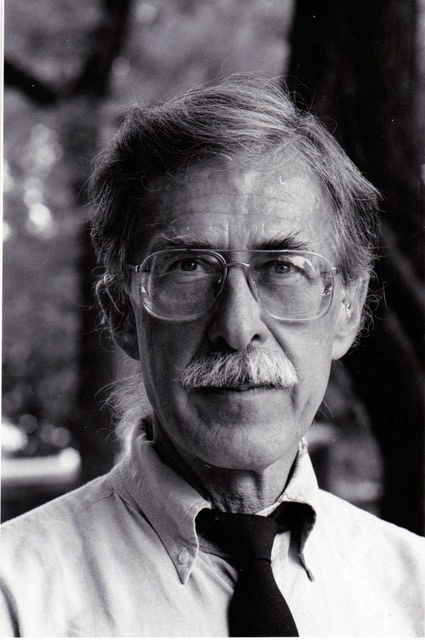 Cervin Robinson, architectural photographer, writer, and part-time resident of Bremen, died peacefully in his sleep at age 94 in Wakefield, R.I. His death was the result of complications from dementia and old age.

Born May 18, 1928 in Boston, Mass., the son of Frank J. Robinson, architect, and Mary Burchill Robinson, he was educated at the Dexter School, Exeter Academy, and Harvard University. Cervin served two years in the U.S. Army and then started a career in architectural photography as assistant to Walker Evans and as a photographer for the Historical American Buildings Survey for the Library of Congress.

It was while photographing for HABS in Maine that he met his wife, Lucy Hodgson. Over time his reputation grew, and his work was used by architects and architectural publications, a partial list of which includes Architectural Forum, The Architectural Review, and The Society of Architectural Historians and Places, to which he also contributed many articles. The New Criterion’s J. Duncan Berry refers to him as “perhaps the most celebrated of any living architectural photographer.”

His work was exhibited at the Brooklyn Museum, The Philadelphia Museum, Wellesley College, The Cleveland Museum of Art, The Ammon Carter Museum, The New York Municipal Arts Society, Case Western Reserve, and the Wolk Gallery at M.I.T. He received a Guggenheim Fellowship in 1971 and was twice a fellow at the MacDowell Colony. As an honorary member of the A.I.A., he received a special commendation in 1986 as a photographer and historian. His work has been reviewed by, among other publications, the New York Times (Paul Goldberger), The New Yorker (Brendon Gill), and The New Criterion (J. Duncan Berry).

Cervin traveled and photographed extensively in Europe and the U.S. He was a champion race walker who, at the age of 60, was nominated New England Regional Champion 1990 after placing first, not just in his age group, in a 50-kilometer race. He never officially retired from photography but did commercial work into his late 80s.

He is survived by his wife of 61 years, Lucy Hodgson; and sons, Samuel Hodgson Robinson and Moses Hazard Robinson.