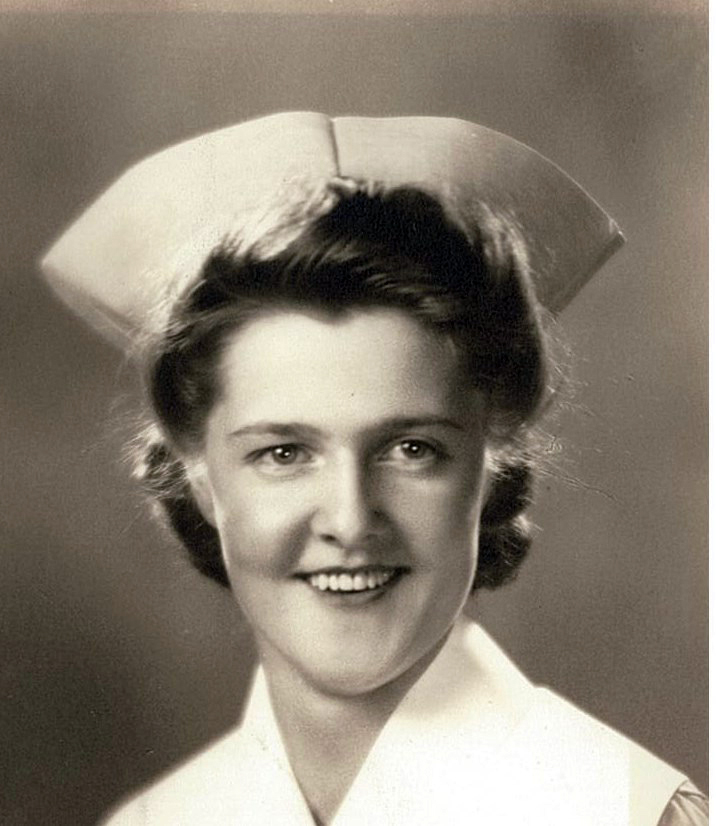 Longtime St. George resident Charlene Stimpson died quietly in her sleep on April 2, 2021 at the Quarry Hill facility in Camden. She was 99 years old.

Born in 1921, she was the eldest of three daughters born to Russell Blaisdell and Goldie (Lewis) Blaisdell in New Harbor. She graduated from Bristol High School and from the Robert Brigham Hospital School of Nursing in Boston. While studying and working in Boston, she met and married her first husband, Earl Field Jr., of Monhegan Island. When World War II ended and Earl came home from the war, they moved to Monhegan and over the years welcomed three daughters to their family. They divided their time between Monhegan and Port Clyde for many years.

In 1963 she married her second husband, Arnold Stimpson, and moved to Martinsville in Tenants Harbor, where she spent the rest of her life.

She was very active in the community, being a member of the Oceanside Grange in Martinsville and the Naomi Chapter of the Order of Eastern Star in Tenants Harbor, holding many offices in each over the years. She was an energetic volunteer in the community. She danced and sang in the local variety shows to raise money for the local schools. She baked pies and casseroles and worked in countless community suppers and events to raise money for local needs. She was a longtime member of the Ridge Church in Martinsville and sang soprano in the choir for many years.

In the 1950s, when the polio pandemic was raging around the world, she joined countless women across the country in what was then called the March of Dimes. These mothers walked miles collecting money which ultimately was instrumental in the development of the polio vaccine that ended that scourge around the world.

She was particularly proud of the fact that when she was in her early 30s, she learned to drive, got her driver’s license, and bought her first car, even though that pesky clutch always presented a challenge. For the rest of her driving life, she was always willing to transport neighbors and friends to shop, medical appointments, or merely to just have a “ride around the Ridge.” She had a large circle of neighbors and friends that she regularly visited, checking on the older citizens and new mothers in the area and just offering her stories and help as needed.

She worked at Port Clyde Packing for many years until the factory burned down. She was one of the fastest sardine packers in the plant. She then worked at O’Hara’s Factory in Rockland until her retirement.

She was predeceased by her husband; her parents; a sister, Virginia Tarr of New Harbor; and her eldest daughter, Sally Blaisdell Field.

She loved her family and all babies, sunny days at the beach, driving around the back roads in her town, her flower gardens, playing the slots whenever she visited a casino, harness horse racing, and any and all animals, except those devilish red squirrels who invaded her attic from time to time.

Services will be held at a later time to be announced. In lieu of flowers, she and her family request donations be made to the St. George Fire and Ambulance Funds, P.O. Box 131, Tenants Harbor, ME 04860; the Make a Wish Foundation, 68 Mussey Road, Scarborough, ME 04074; or any charity of choice.

Hall Funeral Home of Thomaston, 78 Main St., has care of the arrangements. To extend online condolences, visit Charlene’s Book of Memories at hallfuneralhomes.com.