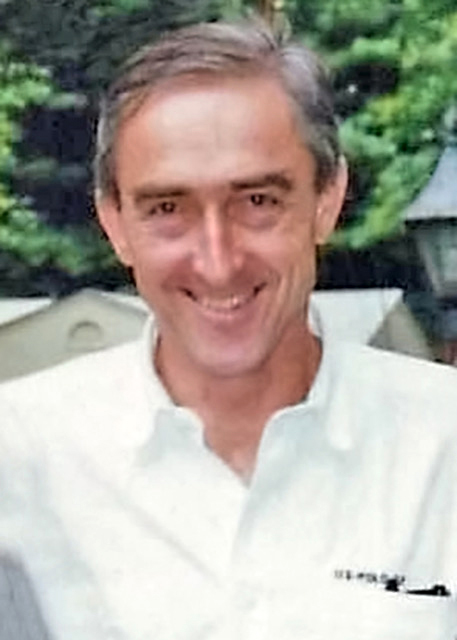 Chuck was born in Worcester, Mass. and was the son of Charles and Alice (Hult) Wright. He graduated from Temple University, where he studied pre-med and was a member of the debate team. Chuck went on to Temple Medical School, interned at Presbyterian Hospital in Philadelphia, and joined the Public Health Service as a surgeon in Boston, Mass. His service stint included an assignment as the ship’s doctor on the U.S. Coast Guard icebreaker Eastwind, which traveled to the South Pole on Antarctica as part of Operation Deep Freeze 62 from 1961 to 1962. After his return to the Boston area, Chuck met Cynthia Rockwell, who was working as a medical technologist at a city hospital. Their first date in February 1963 was at the Wursthaus Restaurant in Harvard Square. They were engaged by May and married in October of 1963.

That same year, Chuck began his orthopedic surgery residency at the Mayo Clinic in Rochester, Minn., where he and Cynthia were fortunate to find a group of lifelong friends. Chuck completed his residency in 1967 and became board-certified in orthopedics. He and his colleagues who trained under Mayo’s Dr. Mark Coventry later formed the “Coventry Orthopedic Society” and traveled every two years to visit a host member’s city. The Society members reunited on trips from Victoria, British Columbia, Canada to Boothbay Harbor, and too many places in between to mention. This April, the society’s members had planned a trip to California that was unfortunately canceled due to COVID-19. This would have been Chuck and Cynthia’s 20th gathering with many of their dear friends.

After Mayo, Chuck went into private orthopedics practice in Melrose, Mass., where he served for years as chief of orthopedics at Melrose-Wakefield Hospital. Chuck was an exceptionally gifted surgeon with a warm and caring bedside manner. He far preferred making rounds and comforting patients to completing charts and filling out procedure codes. To him, paperwork was a necessary evil, while caring for patients truly brought him joy. On so many late nights in the hospital, one could hear Chuck’s distinctive, fast-paced strides coming down the hall as he checked on a patient after surgery.

Early in his practice, Chuck and Cynthia moved to Andover, Mass., where they lived for 30 years and raised their three children. Moving into their historic home on Central Street was Chuck’s dream, and furnishing that house ignited his passion for antiques and secondhand furniture. Most Saturdays, when not on call, he could be found roaming the aisles of the Broadway Second Hand Store in Lawrence, Mass., where he would discover a tarnished brass candlestick or dusty andiron that he knew he could nurse back to life with a little TLC. Chuck’s children learned that a trip to the store (affectionately called “Harold’s” by the family) meant always returning home with some sort of odd find, and perhaps a history lesson about the likely origin of the item. These trips with Dad instilled in his children an appreciation for honoring our ancestors through the art of refinishing (the truest form of recycling). Cynthia liked to joke that she was the only thing in Chuck’s life that was not secondhand. Even the beloved first family dog, Gypsy, was a rescue.

Chuck was a dapper dresser. At 6 feet, 4 inches and with a lean build, his children teased him about being an unpaid Ralph Lauren model. He took pride in wearing a jacket and tie every day for office hours, and his main source for stylish bargains was the infamous Filene’s Basement in Boston’s Downtown Crossing. If someone complimented Chuck on his attire, he would often extol: “Thank you, and I got this at Filene’s for only 20 bucks!”

After retiring from his practice in 2001, Chuck and Cynthia moved to Wiscasset and built a barn for their horses on property inherited from Cynthia’s aunt. They spent summers at a second home nearby in Round Pond, where Chuck fulfilled his lifelong dream by opening The Wright Stuff Antiques in the center of the village. The shop was not very organized, but it was full of items acquired over the course of his lifetime. Chuck enjoyed being part of the local business guild and loved to talk to shop visitors while his second rescue dog, Rembrandt, sunned himself near the shop’s entryway.

In 2017, Chuck began a slow decline from both Lewy body dementia and the Type 1 diabetes that he was diagnosed with as an adult. Chuck was very private about his diabetes, but he defied the odds by living a very active and long life despite the illness. In November 2019, he was able to attend a surprise 85th birthday party in Portland, surrounded by his immediate family, grandchildren, and his sister-in-law, Debbie Socha and her husband Leon from Wilmington, N.C. Until May 2020, he was still living at home in Round Pond with Cynthia. A devoted and generous husband, a sweet and supportive father, and a quiet but steadfast friend, Chuck lived up to the spirit of his alma mater, Temple: Perseverantia Vincit (“Perseverance Conquers”).

In addition to his parents, Chuck was predeceased by his sisters, Elizabeth “Libby” Barnshaw and Pauline “Polly” Seeley; and his beloved dogs, Gypsy and Rembrandt.

He is survived by Cynthia, his wife of more than 56 years; sons, Timothy of Medford, Mass., and Peter and wife Lisa Gill of Norwell, Mass. and Sanibel, Fla.; daughter, Kathryn Kyle and husband Robert of Chapel Hill, N.C.; grandchildren, Ethan and Leah; and several granddogs and grandcats.

Due to COVID-19, no memorial service is planned at this time.

In lieu of flowers, a memorial contribution in Chuck’s name can be made to Bristol First Responders, 104 South Side Road, New Harbor, ME 04554; or the Round Pond Village Improvement Society, P.O. Box 182, Round Pond, ME 04564.