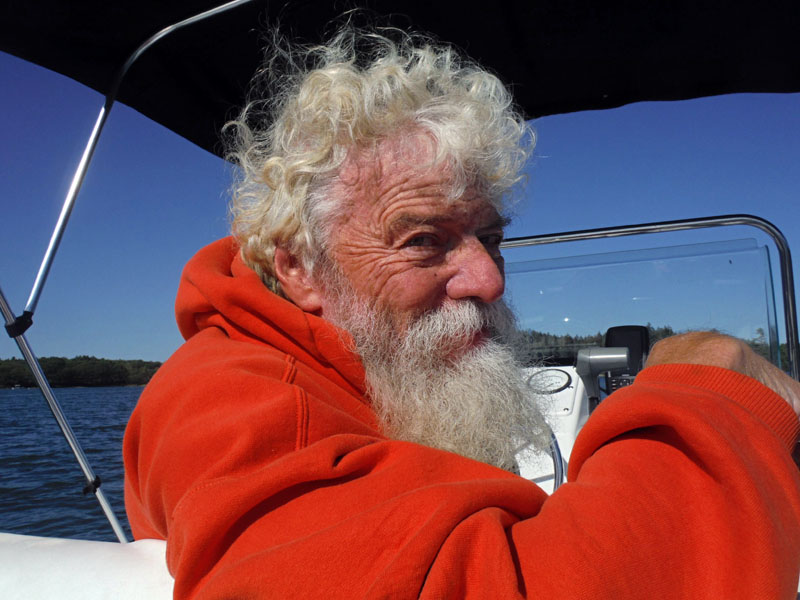 Charles Everett Stohlberg, of Collinsville, Conn. and Waldoboro, passed away on Feb. 11, 2021.

Charlie was born March 29, 1948 in Elisabeth, N.J. He was one of the first children to be diagnosed with the newly identified birth defect cerebral palsy. For the next 73 years few things would stop him. He became the first poster boy for United Cerebral Palsy. In that role he visited the Eisenhower White House, and such celebrities as Marlene Dietrich and Ted Williams. Thanks to a forceful mother, he was allowed to attend North Plainfield, N.J. public schools. He graduated from Goddard College in Vermont and moved to Boston, where he met his wife of 45 years, Christine Williams. Together they owned Framemakers of Avon in Avon, Conn. for 35 years. They resided in Collinsville, Conn.

While still working he took up sailing and target shooting, but his real love was travel. Together, he and Chris in a rental car traveled from Cape of Good Hope to Tierra Del Fuego to Iceland and numerous places in between. When they retired, he bought a handcycle and entered several century bike rides, often completing 75 miles. Also when they retired, they found and fell in love with Waldoboro, where they have resided for the last six years. Charlie met every challenge with strength, humor, and grace.

Charlie is predeceased by his parents, Mary and Axel Stohlberg. He leaves behind his loving wife, Christine Williams; and a brother, Axel.

Donations in his memory can be sent to The Theodore Roosevelt Society, P.O. Box 719, Oyster Bay, NY 11711; or to the Canton Land Conservation Trust, 60 Doyle Road, Collinsville, CT 06019.

Friends and family are invited to share their memories of Charlie by visiting his book of memories at hallfuneralhomes.com. Arrangements are entrusted to Hall Funeral Home, 949 Main St., Waldoboro.