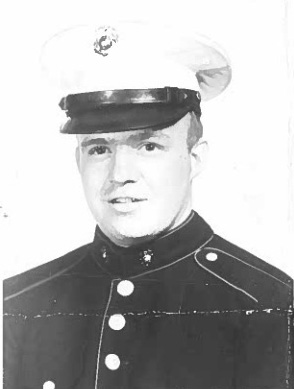 Mike grew up in Whitefield and attended St. Mary’s School with his sisters, Maggie and Katy. Mike went to Cony High School and graduated in the class of 1956. He enlisted in the United States Marine Corps in October of 1956 and achieved the rank of corporal. He was honorably discharged in 1959. Mike returned to Whitefield to raise his seven children with Teddy and eventually open his own plumbing and heating business, C.M. McCormick & Sons.

Mike was an active parishioner at St. Denis Catholic Church. He was a member of the Whitefield Lions Club, the Coast Guard Auxiliary, Whitefield Volunteer Fire Department, Whitefield Athletic Association, and the WJW Snowmobile Club.

Mike was predeceased by his parents; sister, Katy Bechard; his partner of 28 years, Mary Staab; and son-in-law, Kevin Scully.

Mike’s family would like to thank the staff at Maine Veterans’ Home for the loving care that Mike received in “Company C” for two years.

Funeral services will be held privately, due to the restriction of COVID-19.