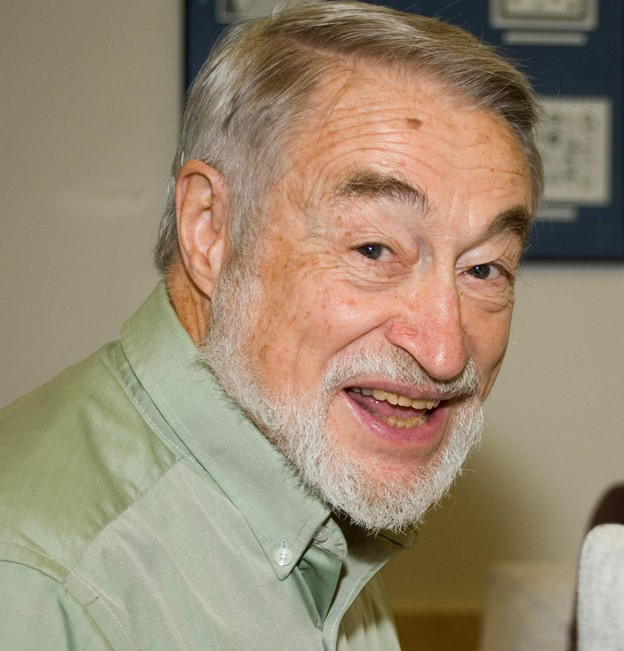 Charles W. Acker died at home on Jan. 7, 2022 after a period of declining health. Chuck was a renaissance man who possessed myriad and diverse talents; he was a farmer and builder, a psychologist and poet, a scholar and teacher. Understated and kind, he was also a beloved husband, father, father-in-law, grandfather, friend, and colleague. Family and friends admired and benefited from his many skills, devotion to ideas and idealism, penetrating mind, unmatched verbal gifts, generous sense of humor, and gentle spirit.

Raised during the Depression and swept up in the Dust Bowl migration, Chuck was born in Colorado Springs, Colo., on Nov. 11, 1928. The fourth of six children, he grew up on a hardscrabble subsistence farm in Hilltop, Colo., with two cash crops: milk and pinto beans. He attended a one-room schoolhouse where he read through the entire library.

When Chuck was 14, his family moved to Canoga Park, Calif., where he encountered his first flush toilet and attended the second-largest high school in Los Angeles. He felt out of place as a “country boy with ill-cut hair,” but he studied assiduously and became valedictorian of his senior class. In his graduation speech, he spoke against discrimination, urging his classmates to “clean up our own back yard.” Chuck credits two teachers as the source of his political awakening, and they encouraged him to apply to UCLA.

He graduated from UCLA with a BA in psychology in 1950. Anticipating being drafted for the Korean conflict, Chuck enlisted in army officer training, which he disliked and relinquished, after which he was reassigned to the artillery. He served an 18-month tour of duty before being accepted to the graduate program in psychology at UCLA. While earning his PhD, Chuck interned at the Veterans Administration; he eventually devoted nine years to the VA.

In 1958 Chuck married Michelle (Michaela del Consuelo) Muñoz, and the two of them bought a house in Topanga Canyon. Their daughter Allison-Claire was born in 1961 and their son Nathaniel Wesley in 1965. Locally, Chuck was involved in fighting real estate development and establishing the Topanga State Park. He also helped to found the Topanga Banjo and Fiddle Contest, which still thrives today. In his spare time, Chuck taught himself to play the harmonica and the dulcimer, raised animals, and worked on the house.

Tired of smog and traffic, Chuck left Los Angeles in 1971 in search of places where he could live in closer harmony with the natural world. He accepted a job implementing a centralized medical records system at the Augusta Mental Health Institute. He and Michelle divorced, and Chuck married Barbara Mayer in 1973. During his psychology career in Maine, Chuck licensed mental health facilities, led clinical teams, and served as the state’s first forensic psychologist at AMHI, working in the courts to determine if defendants qualified for the insanity defense. Chuck was president of the Maine Psychological Association from 1987 to 1989. He retired from the state to work in private practice at age 60, serving primarily low-income patients.

In 1977, Barbara and Chuck moved into a solar house that Chuck designed and helped to finish in Whitefield, and their daughter Jennifer was born the next year. Chuck expanded his rich farming life, cultivating several acres of vegetable gardens and fruit orchards, raising chickens, and keeping horses. Always good with his hands, he could build nearly any contraption from scratch. Chuck was an active member of his rural community, serving on the board of the Sheepscot Valley Health Center, working on the development of a comprehensive town plan, and regularly attending town meeting and other local events.

In the early 2000s, Chuck helped to found Senior College at the University of Maine at Augusta, a learning community for people over 50. Over 20 years, Chuck taught more than 60 classes for Senior College, largely focusing on the intersection of science and religion.

Due to COVID-19 concerns, there are no plans for an in-person gathering at this time. Chuck’s remains will be interred at the Maine Veterans Memorial Cemetery at a later date.

In lieu of flowers, donations in his memory may be made to the Natural Resources Council of Maine; the Maine Civil Liberties Union; the New Mainers Project; or another social justice or environmental organization of your choice.

Arrangements are in the care of the Staples Funeral Home, 53 Brunswick Ave., Gardiner, where condolences may be shared with the family on the obituary page of the website at familyfirstfuneralhomes.com.