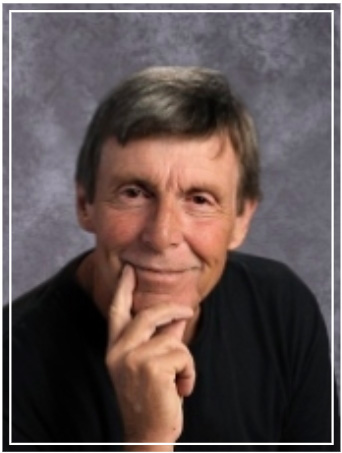 Charlie Mitchell, 65, died peacefully at home after a brave battle with cancer on July 10, 2020, his wife Sharon and son Michael by his side.

Charlie was born on Dec. 26, 1954 in Leominster, Mass. to Sally Sawyer Mitchell and Charles Mitchell. He graduated from Algonquin High School in Northborough, Mass., and went on to earn a degree in nursing.

Growing up, he, his brother, and many cousins spent wonderful summers on Mitchell Lane in Brewster, Mass. on Cape Cod.

Charlie served as a medic in the U.S. Navy from 1974-1978. He was primarily stationed in Okinawa, Japan. He enjoyed sharing stories about this time, particularly about Japanese culture and history. His empathy, dedication, and expertise were undoubtedly healing to many fellow service members.

Returning to Cape Cod, he continued to share his compassionate spirit as a nurse for the Barnstable House of Corrections. He also worked in construction, appreciating the chance to be outside working with his hands.

He married his wife Sharon in June 1989, and they had their son Michael in December 1990. In 2001, the family moved from Cape Cod to South Bristol, eventually settling in Jefferson.

For 18 years, Charlie taught at Lincoln Academy. He was a gifted teacher, guiding countless struggling students to graduation. Though he had little formal training in education, he was intrinsically skilled at engaging students without compromising his naturally calm demeanor. He truly cared about his students and colleagues, believing everyone mattered. In addition to his terrible jokes and puns, alumni and colleagues will remember his pink reading glasses and matching case. He proudly stated that pink was his favorite color, but also said it was strategic. If the items were lost, people would immediately know to whom they belonged. Charlie was definitely not one to brag, but felt strongly that he was the best bus driver at Lincoln Academy. He loved his work and deeply missed it when he fell ill.

Balancing the hectic life of school, Charlie felt at home in nature.

He took his beloved rescue dogs Buddy and Wilson for miles-long walks at Hidden Valley Nature Center in Jefferson almost every day regardless of weather.

Charlie loved learning about the world. He was very well-read and enjoyed documentaries. He knew details about history and the environment that would impress any expert. He also loved learning from others. He was always genuinely interested in what people had to share, whether it be life stories or knowledge about various subjects.

Charlie is survived by his wife of 31 years, Sharon Wilk Mitchell; son, Michael Mitchell; mother, Sally Sawyer Mitchell; brother, Glenn Mitchell and wife Numi; nieces, Kara, Jackie, and Mikayla; and nephews, Eli and Hunter. He was predeceased by his father, Charles Mitchell. Charlie also leaves the family’s dear friend Frazier Hart, whom he and Sharon cared for over many years.

Charlie’s family would like to thank the local community, particularly Lincoln Academy, for the support and care he received during his illness. If moved to contribute in his honor, the family suggests organizations such as Midcoast Conservancy, Coastal Rivers Conservation Trust, Midcoast Humane, and Lincoln Academy.

A service will be planned for a future date.