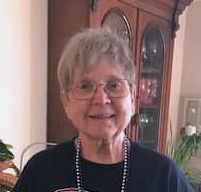 Born in Worcester, Mass., she was the daughter of the late Winthrop H. and Marjorie E. (Whitaker) Spinney. She was educated in Westborough, Mass. schools and earned a Bachelor of Science in Education and a Master of Education at Worcester State College. Ms. Spinney was an educator at Westborough High School for 41 years, retiring in 1999.

Charlotte served on various community boards including Habitat for Humanity, Westborough Rotary, United Way, Westborough Library Trustees, and the YWCA. For many years she was a corporator, trustee and director of Westborough Savings Bank, later the Avidia Bank. She was a charter member of the Mewhinney Chapter of the National Football Foundation and College Hall of Fame and was co-founder of the Charlotte Spinney Vision Scholarship.

At Charlotte’s request, there will be no funeral. Friends and neighbors are invited to join the family on Saturday, Aug. 10, at 10 a.m. in the Charlotte C. Spinney Auditorium, Westborough High School, 90 West Main St., Westborough, Mass. to share stories and laughter in a celebration of her life. Ice cream will be served.

The Pickering and Son Westborough Funeral Home is assisting the family with the arrangements, westboroughfuneralhome.com.