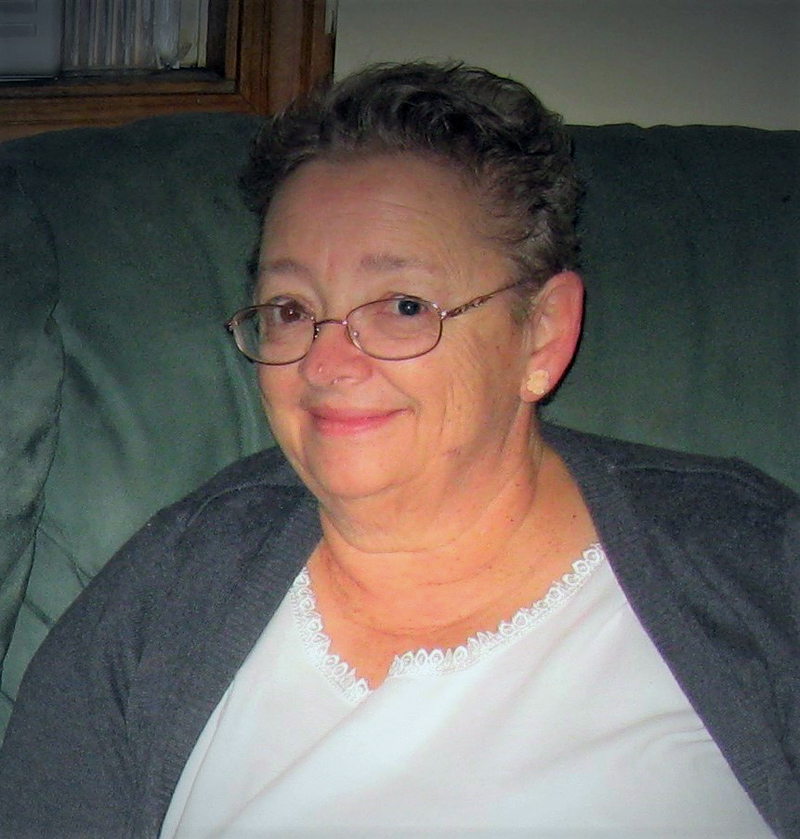 Christine A. Baker, 70, of Waldoboro, passed away peacefully on July 27, 2019 at St. Andrew’s Village after a period of declining health. Christine was born on Oct. 25, 1948 in Rumford to the late Malcolm E. Stewart and Pauline (Perry) Stewart. She attended schools in Rumford, graduating in 1967 from Stephens High School. While attending school, Christine became a candy striper at Rumford Community Hospital, going on to study and obtain her CNA license. From there, she moved to Portland holding a few odd jobs before returning to the healthcare field at Portland City Hospital and several area nursing homes. Christine then moved to New Hampshire, studying at cosmetology school. After completing that, she returned to Portland where she met Robert L. Baker.

In 1970 Christine and Robert were married. Robert’s work eventually led them to Waldoboro where they made their home for over 30 years. They had one daughter together, Robyn L. (Baker) Sykes.

Christine held several different jobs in the area before finally returning to her true calling in the home health field. Over a period of approximately 40 years Christine used her nursing skills to comfort and care for people whenever and wherever she could all over Maine. Christine will always be remembered for her energy, her generosity of spirit and time, her giving nature, and her unique sense of humor, and especially her unwavering commitment to doing whatever she wanted, whenever she wanted.

Christine volunteered for the Channel 10 Auction for many years, was an avid reader, and enjoyed music, particularly Elton John and ABBA. She enjoyed traveling having been to Florida visiting family and a special trip with her grandson, Wyatt and daughter Robyn to Disney World, and most recently Hawaii. She also traveled all over the United States including Alaska and Hawaii, all up and down the east coast and especially enjoyed her trip to France and England. There was certainly never a dull moment with Christine as you could certainly depend on her to liven any situation with laughter and quick witty banter. One of Christine’s favorite quotes is from Auntie Mame, “Live Live Live! Life is a banquet and most poor suckers are starving to death!” She especially enjoyed her family, particularly watching her grandson, Wyatt, growing up in theater and being a central part of both his life as well as her other grandson, Israel Novak (Kevin).

Christine is survived by her mother, Pauline Davis of Waldoboro; daughter, Robyn L. Sykes and her husband Michael and their son, Wyatt, all of Waldoboro; foster daughter, Patty F. Carriere and her son, Israel Novak (Kevin) of Waldoboro; step-brother, Jeffrey M. Davis and his wife June and their children of Gorham; her former husband, Robert L. Baker of Windsor; and many other extended family members and friends who loved her dearly.

At Christine’s request there will be no funeral services. A private memorial and remembrance of her life will be planned at a later date.

The family also wishes to extend a special thank you to Comfort Keepers staff as well as staff at Zimmerli Pavilion at St. Andrew’s Village, also those who cared for her privately Kay Carrothers, and Ellie Busby, for their dedication to her quality of life and with a loving touch.