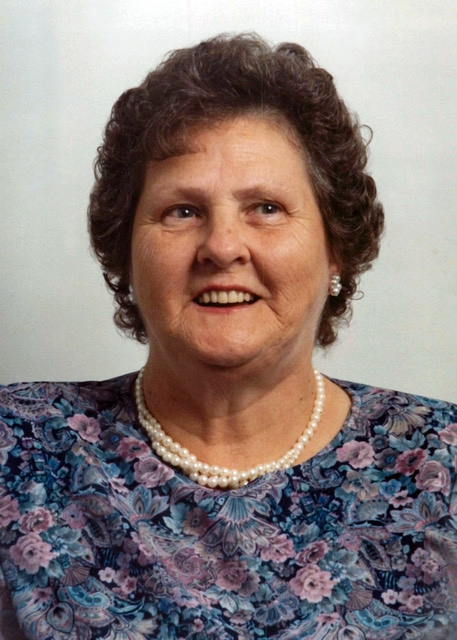 Christine C. Hyson, 87, long-time resident of Damariscotta Mills, passed away on the afternoon of April 1 at Cove’s Edge Nursing Home in Damariscotta. Born on May 25, 1930 in Howland, she was one of 15 children to Rufus and Dora Bunker.

Growing up, Christine and her family moved all around the state of Maine before settling in Damariscotta Mills, where she would go on to graduate from Lincoln Academy. Upon graduation, she stayed in the area, started a family, and worked many odd jobs throughout the years. She was a homemaker, babysitter, worked in commercial laundry, and even skinned alewives at Damariscotta Mills.

Christine was a simple and good person, who could be found collecting money for flowers whenever a resident of Damariscotta Mills passed away. She was a part in raising so many children in Damariscotta Mills throughout the years, and loved being a part of their lives. She enjoyed knitting, sewing and being with family.

Besides her parents, she was predeceased by her husband, Robert Hyson; son, Charles Hyson; and 11 brothers and sisters.

She is survived by son, Orland Bunker and wife Helen of Damariscotta; daughter, Lenora Black of Waterville; three siblings; eight grandchildren; several great-grandchildren; as well as many nieces and nephews.