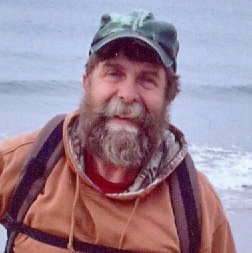 Christopher Dean Whittaker, 58, of Woolwich, passed away on Sept. 30. He died doing what he loved, fishing for striped bass at Small Point. He had caught a legal size striper when he was found; the hook was still in the fish.

Chris met his soul mate, Sue Ellen Hagerthy in 1976. They became a lifetime couple on July 4, 1976 and they were married on Aug. 27, 1983. Their identical twin sons, Christopher Dale Whittaker and Nicolas Alan Whittaker were born on March 21, 1988. Chris loved his sons with all his heart.

Chris worked in the fish business during and after high school. He worked for Plant’s Seafood for many years, J&A Seafood and Browne Trading in Portland. He also spent time fishing for tuna with his brother Jon Whittaker out to sea. He worked for Sonshine Growers Greenhouse in Dresden for a season. He loved gardening. His last job was at Owens Corning in Brunswick. He had a heart attack on the job Feb. 25. He had a stroke after coming home from Maine Medical Center on March 7. He had suffered from congestive heart failure and problems from his heart attack and stroke until his death.

Chris loved and lived fishing. Nothing could stop him from fishing for striped bass at his favorite place, Small Point. He also loved fishing for smelts and ice fishing in the winter months and fishing for trout, salmon and many other fish in the spring. He loved hunting. He shot many ducks and deer. He loved being outdoors.