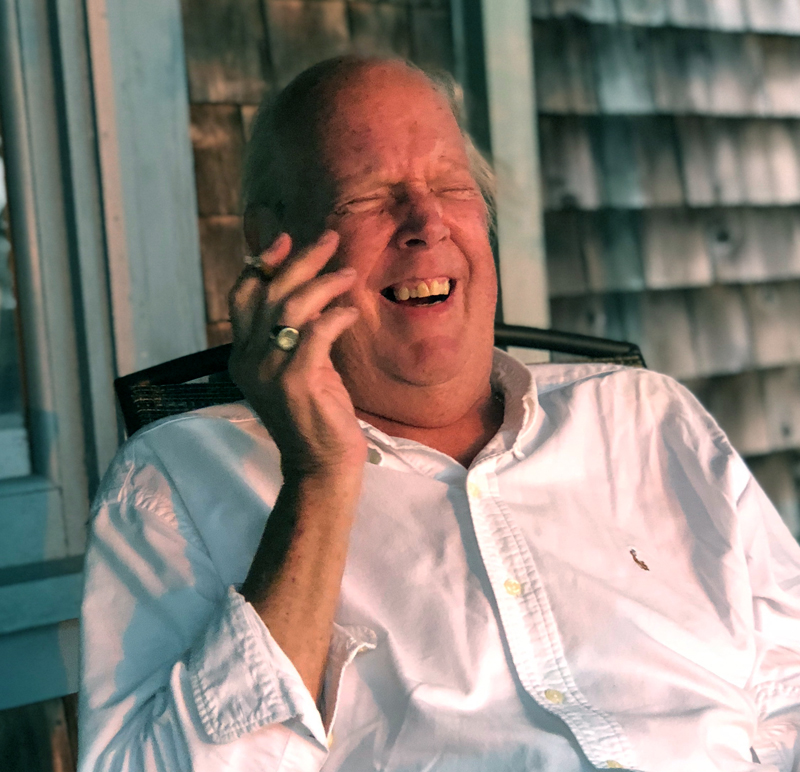 Chris was born in Grand Rapids, Mich. in 1949, the first of four sons to Connie and Jack Brookes. The family moved from Detroit to Cleveland in 1961 and Chris graduated from The Leelanau School in 1967.

He met his first wife, Debbie Theobald in 1966 when they were both in high school. They married in 1971; Cameron was born in 1973, followed by Kylie in 1975, and Makenzie in 1977. Chris would marry two more times, once in Cleveland to Mary Ellen Kovach, and then in Minneapolis to Robin Larsen. Chris achieved his lifelong dream of moving to Maine in 1995, and between 2003 and 2012 he poured his heart and soul into a beautiful prerevolutionary home in Waldoboro. In 2012, Chris moved in with his mother to care for her.

Chris had retired in 2013 from a long career selling American cars, Jaguars, and Land Rovers, and managing dealerships in Cleveland, Minneapolis, and throughout Maine. Although he loved cars, the truth is, Chris could sell anything he put his mind to – and did, including stereo equipment, car washing fluid, collectible dolls on eBay, and once, it was said, ice to an Eskimo.

Chris was preceded in death by his mother and father; and sister-in-law, Biggi. He and Debbie lost a son Case St. Clair in childbirth in 1979.

As much as anyone, his beloved Yorkie Lulu sorely misses Chris. Depending on the time of day, she could be devotedly stationed at his feet or under his arm, and is now being cared for by good friend Ellen.

In lieu of flowers, please consider making a donation to Maine Boys To Men, maineboystomen.org.