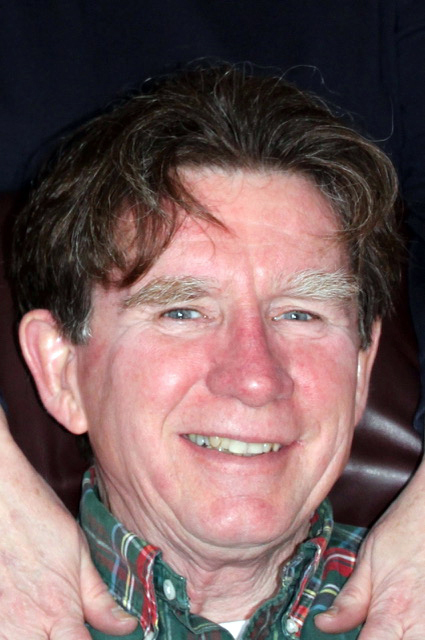 Christopher Michael Duffy, 73, moved peacefully on to the next stage of his life at his home in Waldoboro, on Sunday, Jan. 12, 2020. He was born on March 7, 1946 in New Britain, Conn., the son of the late William J. Duffy and the late Jayne Scott Krane.

After a somewhat misspent youth, he settled down to his career as a firefighter in the New Britain CT Fire Department, where he served for 29 years. He loved his job and his fellow firefighters until cancer in 2006 forced him to retire. After joining The Church of Jesus Christ of Latter-Day Saints in 1993, he served willingly and faithfully in a variety of callings in the church, both in Connecticut and in Maine. He considered the members of his church family to be just that, and was always among the first to volunteer his help to anyone who needed it.

One of Chris’s most noted qualities was his humor. A proud Irishman, he could give as good as he got, and he did. He was a great storyteller and had many tales to tell, most of which resulted in much laughter. Often his wife, sons and their friends would be requesting to hear the one about the meatball grinder, just one more time. He considered himself a master of the witty comeback, but also appreciated when one was sent his way.

Life with Chris was never boring. Although sometimes stubborn, he was unfailingly kind and loving when all was said and done. He loved his wife, sons, brothers, sister and all his relatives greatly and always remembered only the good in others. He was a most forgiving man.

He was predeceased by sons, Christopher Michael Duffy and Padraic Duffy; and brothers, Rourke Duffy and Jeremy Krane.

He is survived by his wife of 37 years, Christina Sorensen Duffy of Waldoboro; sons, Jesse Bloom of Seattle, Wash., Tim Duffy and girlfriend Jessica Tyska of Portland, and Sam Duffy of Santa Monica, Calif.; grandson, Nathan Duffy of Bristol, Conn.; sister, Erin-Nora Petit and husband Michael; brothers, Scott Krane of Enfield, Conn., Kiernan Krane and wife Susan of Plantsville, Conn., Neil Krane of Thomaston, Damon Krane and wife Jeannette of Colchester, Conn., Reagan Krane and wife Martha of Westbrook, Conn., and Sean Krane and wife Alexia of Southington, Conn. He also leaves behind several aunts and uncles; and numerous cousins, nieces and nephews, all of whom he spoke of often and loved.

Funeral services will be held on Saturday, Jan. 25 at 1 p.m., at the Damariscotta Branch of the Church of Jesus Christ of Latter-Day Saints on Belvedere Road in Damariscotta.

In lieu of flowers, donations may be made in Chris’s memory to the Humanitarian or Missionary funds of the LDS Church, or to a charity of the giver’s choice.

A memorial service for Chris will be held in Southington, Conn. in the spring.