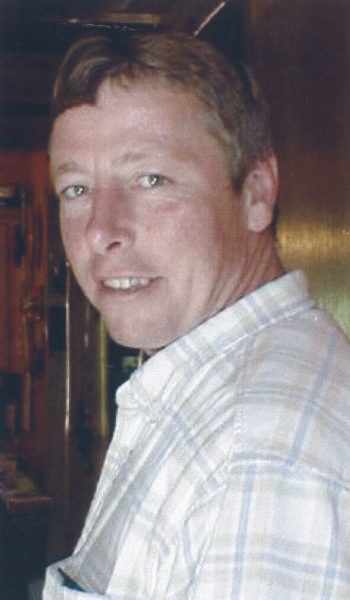 Christopher Robert Delano, 52, of Friendship, passed away Nov. 15 to be with his Lord to a new world of rest and peace, leaving life’s struggles, and pains behind.

Chris was born to Cedric Delano and Marjorie (Johnson) Gray on Feb. 5, 1964 in Rockland. He would spend his entire life in Friendship, close to the sea that he would grow to love and to spend countless hours working in support of his life and those that would come to depend on him.

As a child, Chris had aspirations of becoming a fisherman, he was adventurous and always wanted to make friends of all ages, he was very funny, fearless, clever and kind, not to forget charismatic. Don Knowles, the old milkman, back in the day, used to get flagged down by Chris as a kid, for chocolate milk.

Chris started clamming around eight years old, tagging along behind his father and brother Jimmy. He became a master digger and enjoyed competing with his buddies, most often being the victor. He loved to stay out on the islands around Friendship, and would spend a week or more at a time with his friends. Cookouts of lobster and clams were routine those days.

As a teenager he started lobstering, hand hauling in a skiff and outboard. Through bullish hard work and tenacity he worked his way to a larger vessel the Bethany Hope and finally The Good News. He developed a very successful lobstering business. His work ethic was unmatched and often over done, as chronic health issues began to plague him. He took pride in being a part of the “Friendship Fishing Fleet.” Fellow fishermen would joke with him and say he was the best dressed fisherman. He always took pride in his appearance and was always dressed accordingly.

A highlight of his fishing career was catching a Mako Shark that made the news. He had to leave fishing due to health problems for around 10 years, but returned for a season of hand hauling with his son in 2009, and worked his way back to a large vessel once again in recent years, the Jennifer May.

Chris enjoyed the outdoors, hunting, snowmobiling, ice fishing, boating, going to fairs, and traveling to New Hampshire and Florida, and a good cribbage game with family or friends. Always adventurous, witty, energetic and outgoing, fun to have around.

Chris attended schools in Friendship and Waldoboro. At Waldoboro’s A.D. Gray Middle School he met the love of his life, Beth Hope Light and they spent their lives deeply in love, and were married in 1998. It broke his heart when Beth Hope passed away Nov. 28, 2012. They were blessed with a son Christopher Lloyd Delano in 1991, of Friendship, and daughter Jennifer May Delano in 1994, of Jefferson. As parents, the pride they shared for these two young people and their accomplishments and successes was unsurmountable.

He was a special friend to many. Always ready to lend a hand, selfless, and was an especially supportive brother to his siblings (of which he had many) and large family. He passed away doing what he loved, being a wonderful son, brother, uncle, father, and lobster fisherman, where his passion lay.

He is predeceased by the love his life, Bethany Hope Delano; and best friend, Vincent “Vinnie” Simmons.

Visiting hours will be held from 9-10 a.m., Sat.,, Nov. 26 followed by a celebration of life from 10-11:30 a.m. at the First Baptist Church in Waldoboro, 71 Grace Ave., Waldoboro. Richard Lash officiating. Burial will be private.

In lieu of flowers, donations may be made to assist his young family, c/o Christopher Delano, 15 Salt Pond Rd., Friendship, ME 04547.