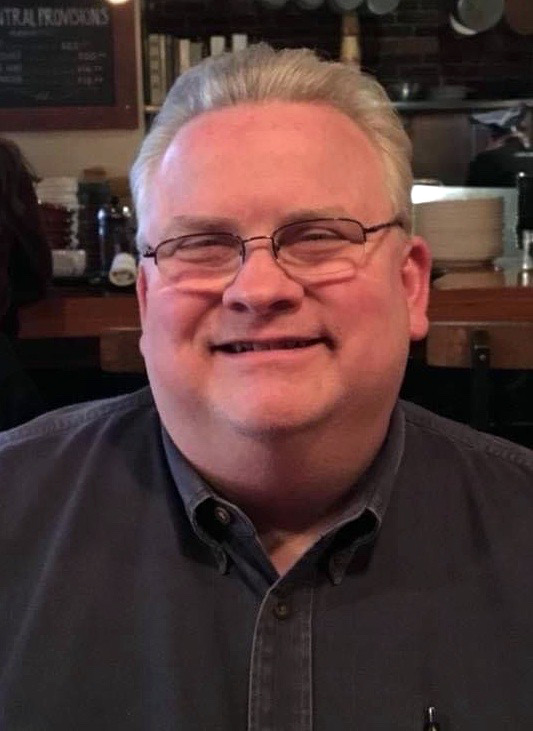 Christopher Scott Anderson, 58, of Washington, passed away unexpectedly at his place of business on Sept. 2, 2020. Chris (as everyone knew him) was born on Jan. 22, 1962 in Dayton, Ohio to Thomas and Harriet (Van Blarcom) Anderson.

Chris grew up in many different places with his family in the U.S. Some of his fondest memories are of living in Rochester, N.Y. Chris spent his teen years in Grapevine, Texas, where he taught himself to play the guitar and came to know Jesus Christ as his personal Savior — his two great passions! He began writing and singing his own music, teaching guitar, and became very involved in his church. Chris graduated from Grapevine High School and went on to graduate from Texas A&M with a Bachelor of Arts in industrial engineering. Gig ’em!

He held many different positions over the years with a few of America’s top corporations, most of which related to global operations: IBM, Dell, Best Buy, Avery Dennison. In 2011, Chris fulfilled a lifelong desire to run his own business, and to live and work where he and his family like to vacation, by making the move to Maine, where he bought Friendship Trap Co. He thought of the company as an extension of his family and really cared for his employees and customers.

Chris was a devoted worship leader and elder at several of the churches he belonged to throughout the years, as the family relocated for jobs, and was blessed to be appointed to those positions again at Salvage Church in Rockland. He was also chairman and a delegate for the Republican committee in the town of Washington.

Family and friends knew him as a loyal, devoted, faithful, selfless, strong Christian. A passionate man who thoroughly enjoyed creating, whether it be songs, an atmosphere for worship, food, or new manufacturing processes.

Visiting hours with social distancing and masks required will be held from 2-5 p.m. and 6-8 p.m. on Wednesday, Sept. 9 at Salvage Church, 30 Sherer Lane, Rockland. A private family service to celebrate Chris’ life will be held at the Salvage Church in Rockland due to COVID-19. The service will be livestreamed so that you can watch from home.

In lieu of flowers, donations may be made in his honor to the Eastern Maine Skippers Program, PO Box 27, 13 Atlantic Ave., Stonington, ME 04681 (207) 367-2708 Bobbi Billings, Admin. Director babillings@coastalfisheries.org.

Arrangements are entrusted to Hall Funeral Home, 949 Main St., Waldoboro. Condolences can be shared with the family at hallfuneralhomes.com.