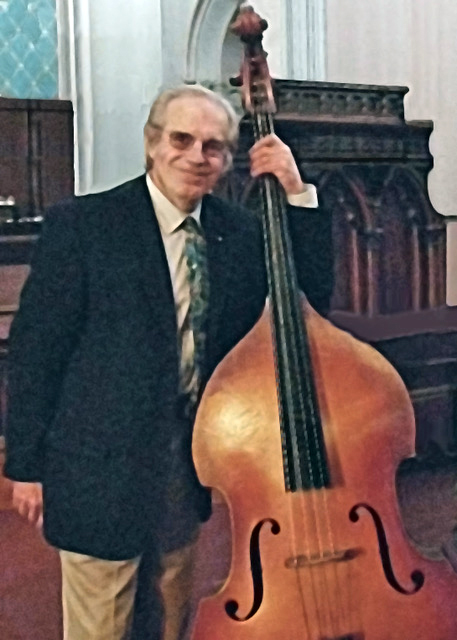 Chuck McGregor (Charles Ernest McGregor) passed the Veil peacefully at home, surrounded by family and embraced in Love, on the evening of June 5.

Born on Feb. 19, 1944, he was the son of Charles Jewett McGregor and AnnaMay Elizabeth Hawkins McGregor, and spent his childhood in Rowayton, Conn. The Pemaquid area and, especially, the family cottage on John’s Bay in Bristol were home to his heart throughout his life.

Chuck was a graduate of The Hotchkiss School and Yale University (Pierson College, 1967). He then enlisted in the U.S. Navy, where he served in the Mediterranean as Leading Radioman aboard USS Gearing. In 1971, he received the Navy Achievement Medal for his exemplary communications work.

He took that dedication and skill into a career in the burgeoning field of audio design. Colleagues call him a legend for his creation of sound systems throughout the U.S. and abroad. Working with dozens of symphony orchestras and theaters, he collaborated with conductors, musicians, directors and actors to provide audiences with the clearest possible sound. One venue that was particularly important to him was Ravinia, the outdoor summer home of the Chicago Symphony Orchestra, where he worked alongside Zubin Mehta. He also took pride in his work with the Vienna Opera House, the Cincinnati Riverfront Stadium, and a number of Broadway theaters. While at Jaffe Acoustics in New York, Chuck provided the original concept for the Carlos Moseley Pavilion, a hugely successful, portable, distributed, sound reinforcement system for the free concerts given by the New York Philharmonic and the Metropolitan Opera. Chuck’s work on the Mexico City production of “Evita” gave him great delight.

In the latter years of his career, he worked at EAW as a technical writer and editor and purveyor of loudspeaker performance data (a big deal in the professional loudspeaker industry). He enjoyed a reputation as a relentless teacher of audio technology, both within that company and across the broader industry.

Wherever his work took him, Chuck mentored his colleagues. In the midcoast, Chuck often set up sound systems for local performances and just last year, he volunteered his design and installation expertise to create the audio system at Watts Hall in Thomaston.

Despite his significant achievements in the field of sound, music was Chuck’s lifelong passion. He poured his heart, soul, and brilliant mind into making music both professionally and personally.

A remarkable bass player beginning in childhood, his greatest joy in life was playing both his acoustic bass, which accompanied him for more than 60 years, and his Fender. Upon retiring to the midcoast, he became involved with many musical groups. Chuck worked closely with Sean Fleming on numerous musical productions and performances; he played every Monday at King Ro market in Round Pond, where his talents were much appreciated; he was a member of the Rusty Hinges; he contributed his talents to the Great Salt Bay Community School orchestras; and he thoroughly enjoyed his work with Mimi Bornstein at the Midcoast Community Chorus. In addition, there were many magnificent concerts and wonderful jam sessions with fellow musicians, friends, and musical soul mates. Two that stood above all others in his memory were the performances of “Sunday in the Park with George” and Mendelssohn’s “Elijah.”

A Renaissance man, Chuck spent many hours contemplating the music of the spheres and the mysteries of the universe or, as he termed it, the UC. His interests were wide-ranging, and Chuck’s keen, inquisitive spirit left no stone unturned. His mind was a steel trap. He delighted in sharing his vast knowledge and exchanging ideas.

Chuck was always willing to lend his hands and mind to help others. His unfailingly kind but sharp sense of humor and quick wit greatly endeared him to friends and family. And the twinkle in his eyes revealed much.

Chuck greeted the last months of his life with monumental courage, he remained valiant to the end. He firmly believed that we are formed of stardust and that to stardust we return. He also knew that the end of all meetings is parting; the end of all striving, peace.

Chuck left us with many cherished memories and with these three parting words: Life. Love. Music.