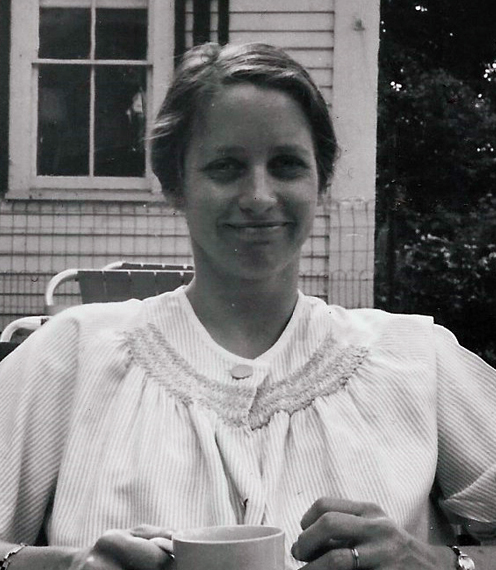 Claire Darrow, born Claire Fincke McKenzie, in Plainfield, N.J. on May 2, 1935 to Marion F. and Kenneth C. McKenzie, passed on Easter morning, April 21, 2019 surrounded by her husband and children.

She grew up in Plainfield, N.J. and on Cape Cod, studying music, sailing and sewing her own clothes. She graduated from Vassar College in 1957 with a degree in zoology and married Allen MacGregor later the same month. In 1963 they moved to coastal Maine to start a family business in the seafood industry and raise their children. They divorced in 1973 and Claire built on her innate record-keeping skills to become an accountant. Following a bookkeeping job at the Coastal Journal in Bath, she started her own accounting business which she ran for many years.

Claire married George Darrow in 1982 and moved to Cushing where she created lovely flower gardens which enhanced the beauty of Maple Juice Cove. She was an avid supporter of Darrow Camp, George’s wilderness camp set in eastern Maine for youth from around the country.

After 10 years, George passed and Claire moved to Sheepscot, adding her artistic touch to that home as well, carefully placing delphinium where the wind wouldn’t blow them over. The protection she afforded them allowed them to reach safely for the sky.

In 1999, Claire married Rick Freeman of Georgetown under the condition that Rick build a screen porch so they could sit outside without being carried away by the infamous Georgetown mosquitoes. He did that, and they enjoyed a life of bird watching, travel, music, art, and sailing for many years. Rick’s dedication to Mom was the stuff dreams are made of and we are so grateful for the joy that he brought her.

Claire was a woman of many lives and when one chapter closed, she remained open hearted which allowed so many good people into her world. She was active in her various communities and in the Quaker Meetings in midcoast Maine as well as New England Yearly Meeting of Friends. She shaped her life in accordance with the values of Quakerism including integrity, equality, simplicity, community, stewardship of the Earth, and peace. She was instrumental in the effort to build a meetinghouse on Belvedere Road in Damariscotta for the Midcoast Friends and led the fellowship in landscaping after the building was completed.

She was a member of numerous choruses for decades until Alzheimer’s made it impossible. Though her ability to participate was steadily diminished, she remained kind and smiley and was at peace with her contribution to humanity.

Claire’s passing leaves a permanent hole in our hearts, but we have been blessed by her dedication to faith and family in all its forms. We are grateful for her many gifts and will be reminded of them as we walk in the woods, mend a hem, hoist a sail, go on a journey, snip wildflowers for a tiny vase or sit in peaceful silence.

A memorial meeting in Claire’s honor will be held on Saturday, May 11 at 1 p.m. at the Midcoast Friends Meetinghouse, 77 Belvedere Rd., Damariscotta.

In lieu of flowers, donations to the Midcoast Meeting of Friends, PO Box 714, Damariscotta, ME 04543 would be gratefully accepted.