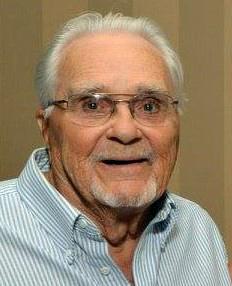 After schooling in Boston and North Quincy, he entered the U.S. Army, serving in World War II and then served in the National Guard. On Nov. 11, 1950, he married the love of his life, Bernice I. Carlson. After raising their children, he and Bernice moved to Maine in 1973. He was employed at Bath Iron Works, retiring in 1990 as a supervisor of ship fitting.

He was an avid boater, having a slip at New Meadows Marina since the mid 1980s. He enjoyed fishing, reading, camping, square dancing, and especially enjoyed spending time with his family and grandchildren. He thoroughly enjoyed time with his friend, a good meal and finding a bargain. He was a passionate Patriots fan from their inception and would talk to anyone and everyone about them. He was a Patriots fan way back (1959) when they were called the Boston Patriots and attended one of their first games.

Memorial contributions may be made to CHANS Hospice, 60 Baribeau Dr., Brunswick, ME 04011.