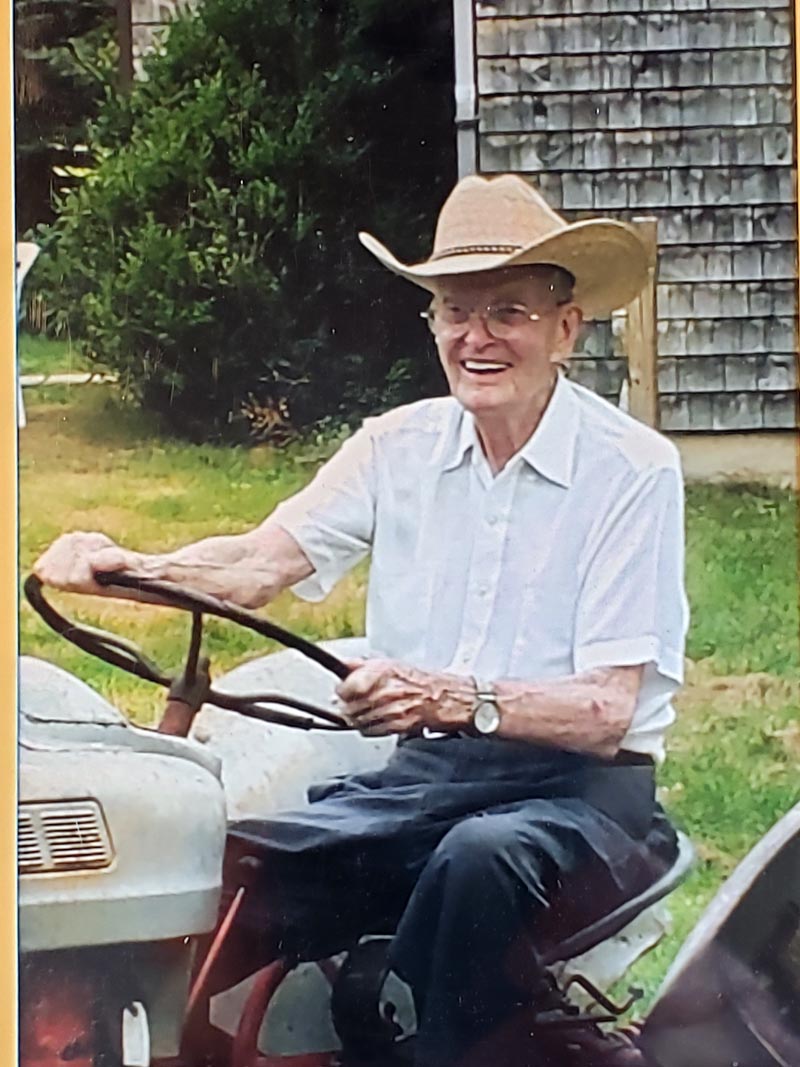 Colby was born Aug. 12, 1920 in Rahway, N.J., to Colby Dill and Elsie DeLamarter Dill, one of six children. He grew up in Kennett Square, Pa., and graduated from Cornell University with the class of 1941. He left Harvard Business School in 1942 to help support the war effort.

Colby married Betty Utter Dill on July 9, 1949. Colby worked as a chemist for Hercules Powder, in Wilmington, Del., as director of research for Gates Engineering, and retired as president of Central Solvents and Chemicals’ Dye Division in Detroit, Mich.

Having spent his childhood summers on Damariscotta Lake, Colby held a love for Maine, and especially Jefferson, ever since he was a young boy.

In 1976, he and his family moved to Jefferson, where he and Betty and spent many years tending to their land, raising sheep, and enjoying the close-knit community to which they greatly contributed.

Colby was a persistent, focused, and lifelong learner, who loved conversations that could range in topic from the influence of electromagnetic fields on human beings to roof repair and the best tools for woodworking. He was a humanitarian and consummate intellectual, taking classes well into his late 80s, and working nightly at his computer in the kitchen of his farmhouse.

Colby was a builder, of his home, his community, and spiritual relationship to others. He was an active member of St. Giles Episcopal Church in Jefferson. Colby and his wife Betty always welcomed family and friends who might not have had a place to go for the holidays.

He was predeceased by the love of his life, Betty Utter Dill, in 2008.