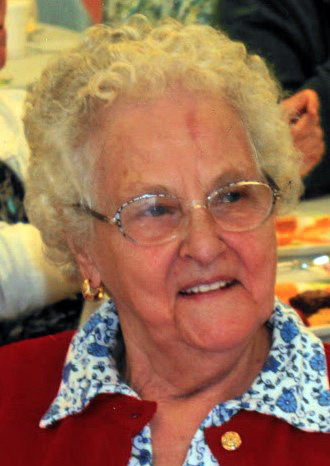 Colleen A. Cox, 88, earned her angel wings on Sept. 11, 2021, at Glenridge in Augusta, and flew into the sunrise. Colleen was born in East Orland on May 9, 1933, to the late Harvard J. Smith and Laura (Candage) York. She was married to the late Donald Cox and they had five children: Dale Cox, Jean Burns, Carl Flagg, Lindell Cox and Alice Cunningham.

She grew up in New Sharon and attended local schools. She worked many factory jobs, including Hathaway shirt factory, loved to rake blueberries and did so for years. She married Donald Cox in January of 1963 and became a homemaker raising her family. As her children got older, she did reception work at the state park in Jefferson.

Colleen loved people and getting to know them and immediately considered them friends. She was a fun-loving person who always smiled and loved to laugh. Colleen was on the go all the time and was never afraid of work. She loved to go dancing, play the organ and sing, and was a life-time member of the Eastern Star.