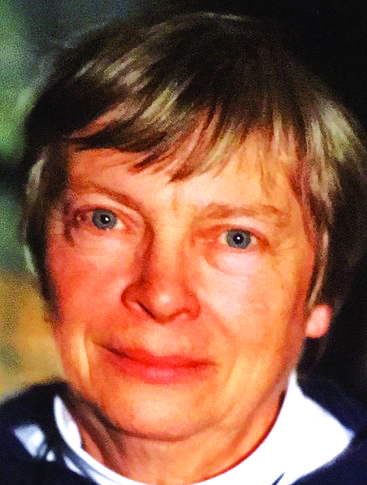 Chandler-Ward was born in Cambridge, MA to Ruth Doggett Chandler and the Reverend Dr. Edgar H.S. Chandler on October 26, 1935. She was educated in Geneva, Switzerland during her father’s ministry as Director of the Refugee Service of the World Council of Churches. She earned her B.A. in 1958 and M.A. in 1960 at Trinity College Dublin, Ireland; and earned an MDiv. from Yale Divinity School in 1961.

She was made a Deacon in 1975, and in a pioneering event was ordained as a Priest within the first month after the Episcopal Church allowed the ordination of women in 1977, at a highly emotional ceremony that drew wide news coverage. She was named a “Newsmaker of the Year” by the Virginia Professional Communicators that year.

Chandler-Ward became associate rector at St. Paul’s Church in Charlottesville, VA, serving with her husband David Ward as rector, and later was associate rector at Grace Church, Providence RI. Then, in 1980, she was appointed Chaplain of Wellesley College, where she served for ten years.

She left Wellesley in 1990 to become co-founder and co-director of the women’s collective that ran the Greenfire Retreat Center in Tenants Harbor, ME.

After retiring from Greenfire, she continued to lead an active life in Maine. She was an active participant and planner at the Northfield Conference. She sang with the Solace Singers and the Down East Singers. She enjoyed sculpting in wood and other various mediums for many years. Connie was involved in the Indian Affairs Council’s work as well, and continued to be a spiritual advisor to many people.

In her invocation at Wellesley’s 1990 commencement, Chandler-Ward urged listeners “to love ourselves and our connection to each other, beyond the limits of race, class, age, sexual preference and culture, and guide us through the farewells and the completion of this cycle, to approach with deep hope whatever is next for us.”

She is predeceased by her parents, her husband David J.W. Chandler-Ward, and her partner Chambliss Neil. She is survived by both her children, Sarah Chandler-Ward of Haydenville, MA and Jennifer Chandler-Ward of Cambridge; her four siblings, Hugh Chandler of Urbana, IL; Marjorie Chandler of Oxford, UK; Christopher Chandler of Chicago, IL; and David Chandler of Ashfield, MA; along with grandchildren Haley Chandler of Washington, DC and Harper and Henry Needham of Cambridge, MA; numerous nieces and nephews, as well as her dear friend Adelaide Winstead and many other close family members and friends.

The family will hold a memorial service on April 21st at 11:00 AM at the Thomaston Baptist Church. 212 Main Street, Thomaston, Maine.

Hall’s of Thomaston has care of the arrangements. To extend online condolences please visit www.hallfuneralhomes.com

In lieu of flowers, those wanting to make a contribution in her name are asked to make donations to http://newenglandforestry.org/ to celebrate her deep love of trees and all of nature. Or in remembrance of her respect for people of all origins and kinds, please donate to https://www.easted.org/ an organization that encourages and supports diversity and equity in education.