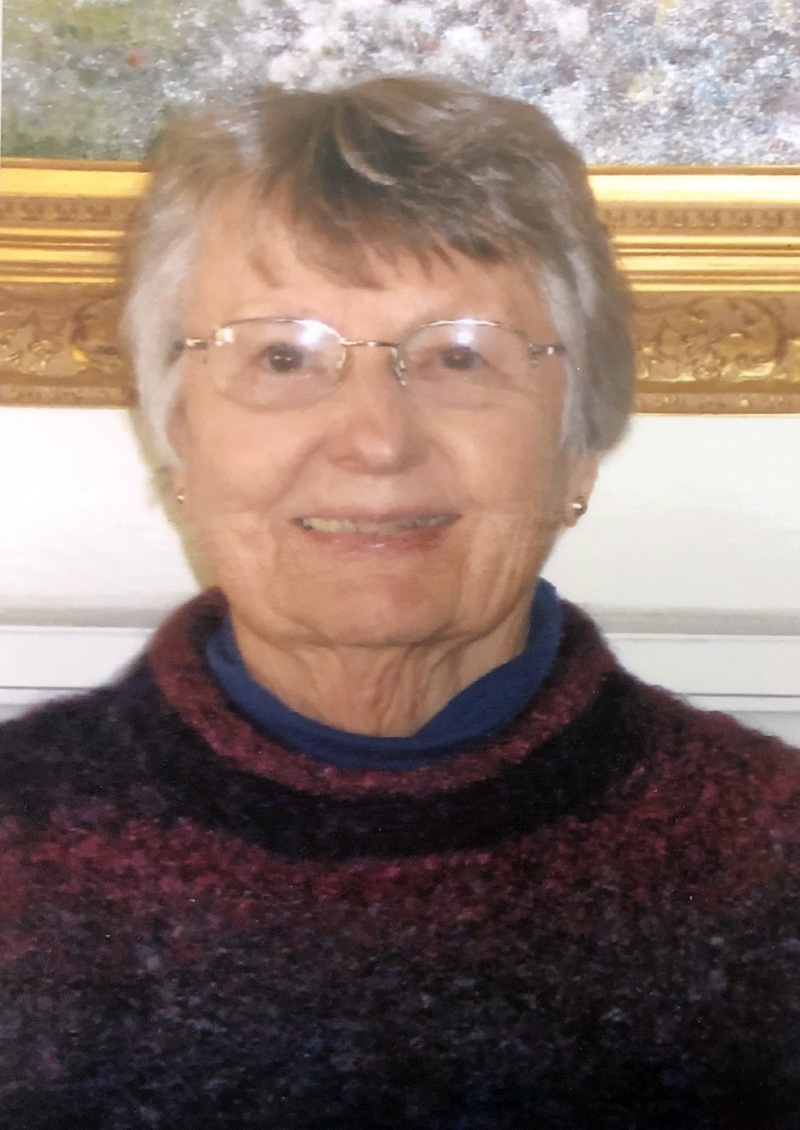 Constance Miltimore (Blanchard) Best, 88, of Augusta, passed away on Sunday, Dec. 13, 2020 at home with her family by her side, following a short illness.

Connie was born and raised in Danvers, Mass., the daughter of John and Grace (Sawyer) Miltimore. She graduated from Holten High School, class of 1950, and was very active in sports. She went on to graduate from the University of New Hampshire, class of 1954, with a degree in physical education. She was active in Theta U Sorority and was elected to Mortar Board, a senior women’s honorary society. Following graduation, Connie taught physical education and health at Rogers Hall School in Lowell, Mass. until her marriage to James “Tim” Blanchard in 1956. They lived in Danvers and raised their three children. Connie was active in community activities, teaching swimming, and serving on several boards as a faithful member of the Maple Street Congregational Church, where she made several lifelong friends. She also loved supporting the activities of her children.

Long an advocate of children, in 1980 she returned to UNH and earned a master’s degree in early childhood education. For many years she served as director of the Henny Penny Preschool in Salem, Mass. Following her divorce from Tim, with whom she remained a faithful friend, she became a licensed Realtor and was associated with Thompson & Co. in Topsfield, Mass. She later met and married the love of her life, attorney Paul S. Best of Topsfield. They moved to Yarmouth in 1986. There she worked for HomeLand Real Estate for several years before moving to their retirement home in their favorite place on Earth, South Bristol. While living in South Bristol, she was an active member of Union Congregational Church, member of Citizens Offering New Alternatives, and member and former president of Community Housing Improvement Project and the Skidompha Book Club. Connie was an avid reader, gardener, swimmer, and cook who loved spending time with her family, especially at the family camps on Wilson Pond in Winthrop.

Due to the ongoing pandemic, no service will be held at this time. A memorial service to celebrate Mom’s life will be held when it is safe to gather again. Interment will be at Maine Veterans Cemetery, Augusta. Memories or condolences may be shared with the family at funeralalternatives.net.