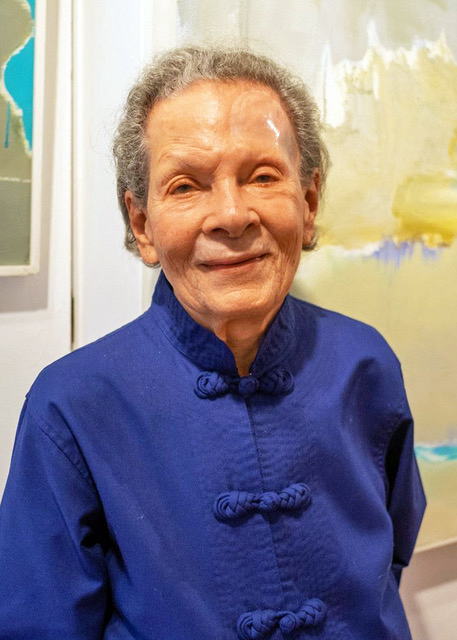 Consuelo Joerns, 94, of Wiscasset, passed away on April 13, 2020, much the way she wished. She fell and broke her hip, went to the hospital for only a few days and no nursing home. Her wonderful doctor, Dr. Friedland, honored her wishes for no extraordinary efforts, and the nurses were there holding her hand as she died, knowing visitors were not allowed in the hospital because of the pandemic.

She was born on Oct. 21, 1925, in Evanston, Ill., and was a wild, adventurous, free spirit, who was an eclectic reader and artist. She was raised in Chicago and went to Francis W. Parker School where she met her best friend Edward Gorey. She attended Mills College and then attended the School of the Art Institute of Chicago, again with Edward Gorey.

During World War II, she worked as a civilian for the U.S. armed forces in France. She had showings of her paintings in Nice and Cagnes-Sur-Mer, and later in Chicago and New York. After the war, she went to Guatemala where she had an ocelot as a pet. The ocelot would drape itself around her neck to go for “walks” with Connie.

She moved to Martha’s Vineyard for many years and created many paintings as well as ink drawings of the ships and the waters around Martha’s Vineyard where “there be monsters.” She began writing and illustrating children’s books, including “The Forgotten Bear,” “The Foggy Rescue,” “The Lost and Found House,” “Oliver’s Escape,” and “The Midnight Castle.” She illustrated “The Green Machine” by Polly Cameron and “The Everywhere Cat” by William Corbin.

She started going to Japan on her own for months at a time, visiting the shrines, temples, and gardens while studying the different art styles in Japan. Anyone who knew Connie would not be surprised that when she was in her 80s, she fell in Japan and broke her arm – while running for a bus. She moved to Wiscasset in 2000 and loved the people there. Her last showing of her paintings was in 2018 at the Maine Art Gallery, “Three Women on Board.”

She made the world a better place. We will miss her but never forget her. As Kahlil Gibran said “…For what is it to die but to stand naked in the wind and to melt into the sun…And when the earth shall claim your limbs, then you shall truly dance.”

Services for Consuelo will be private.