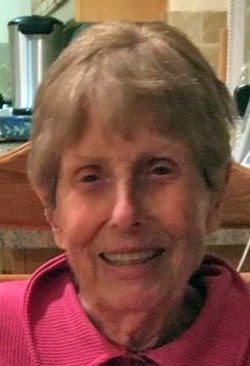 Cora Jean Tarbox, 93, of Westport Island and San Diego, Calif., passed away on Saturday, April 11, 2020 at her home in California. She was born Dec. 21, 1926 in Fairfax, Calif., the fourth daughter and youngest child of Johan and Johanna Sybenga.

She was predeceased by her husband, Ronald Loring Tarbox, Jr. Cora was the last survivor of the four Sybenga sisters and will be missed by three generations of nieces and nephews.

Trained as a registered nurse in obstetrics, after just a few years of practice in San Francisco and New York City, she married Ronald Tarbox in 1950 and became a Navy wife, relocating around the country to follow his career. She was a full-time homemaker but set an example of volunteering and community service. In the 1960s, using her obstetrics knowledge, she counseled young women about their bodies and human reproduction, organized donations to support struggling farm workers, and helped her church establish a day care center to support working families.

In 1972, she and her husband took in a foster child, Joanne Apicelli, a classmate of their daughter Robin, who has remained a loved member of the extended family, now known as Alani Manystar.

In 1975, with the fall of the Republic of Vietnam and the exodus of hundreds of thousands of Vietnamese, Cora and her husband Ron sponsored and opened their home to a family of nine, who Ron had met when stationed in Saigon in 1967. The Pham family lived with them in their three-bedroom house in San Diego for six months. The two sons and four daughters, with their spouses, children, and now many grandchildren, are also extended family, sharing much love and mutual respect.

Cora was a member of the San Carlos Methodist Church in San Diego and a former member of the First Congregational Church of Wiscasset.

Memorial services will be planned for this summer, pending COVID-19 travel restrictions.