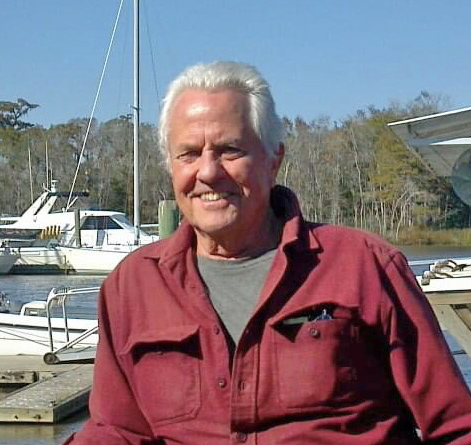 Born in Kansas City, Mo., Craig Bolint passed away in hospice care in Brunswick, Ga. with his partner by his side. He is survived by his three children, Seth Bolint, Todd Bolint, and Heather Bolint; their mother, Pamela Skillman; and his partner of the last 15 years, Carol Guarnieri.

Craig was raised in Long Island, N.Y., where he worked as a Jones Beach lifeguard for 18 years from 1958 until 1976. He graduated from Long Island University while working nights as a firefighter in Manhattan from 1964 until 1967. In addition to his undergraduate degree, Craig spent a year living abroad in Wales and studied oceanography aboard the R/V Vema, a research ship making groundbreaking discoveries of the Marianas Trench.

Craig received his master’s degree in architecture from Columbia University in 1976 while teaching science at Rye Middle School.

Craig moved to Edgecomb in 1978 with his wife, Pam, and worked as a building inspector for the state of Maine for several years. They later moved to Newcastle, where Craig taught physics at Lincoln Academy from 1987 until 1994 and helped coach the wrestling team. He continued to work as a physics teacher for several schools in Downeast Maine before eventually retiring to St. Simons Island, Ga., where he met his partner, Carol. Throughout his later years, he continually reminisced about teaching and how much he enjoyed his fun, inquisitive students.

For those who had the pleasure to know him, Craig was a source of encouragement, dry wit, and an animated story-teller. He was an inspiration to many, and especially proud of his three children, who will miss him dearly.