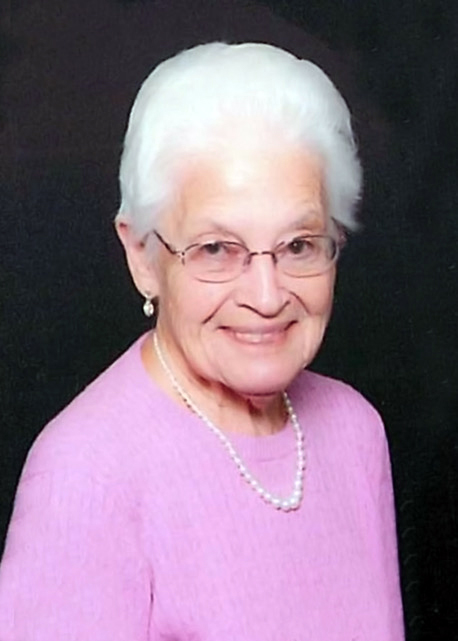 Cynthia Jeanette Banks, 95 of South Jefferson, passed peacefully at home on the evening of April 29, 2022, in the care of her loving daughters. Born in Camden on Aug. 9, 1926, she was the oldest daughter of Wallace and Nellie (Carter) Jackson.

She met Irving Banks, the love of her life, in her early school years. They married in 1943, and made their home and family on the South Clary Road.

After all the kids were in school, she worked at the former Crummet’s Store in Whitefield. In 1963, the family moved to Norwich, Conn. She began a career at S&H Green Stamps, where she worked her way up to manager, staying until her retirement.

Mama was a devoted and beloved wife, mother, grandmother, and great-grandmother. We were the luckiest babies in the world, to be held in her loving arms. She was a wonderful homemaker; we all enjoyed her delicious cooking, beautiful crocheted afghans, and sewn quilts.

She was predeceased by her husband, Irving; her son, Buddy; brother, Jack; and sister, Shirley.

At her request, her burial will be held privately. A celebration of her life will be held at 1 p.m. on Saturday, May 14, at the Trask Lawn Cemetery in South Jefferson. A reception will be held following the service.

Mama – you never knew your true worth, but our memories of you are priceless.