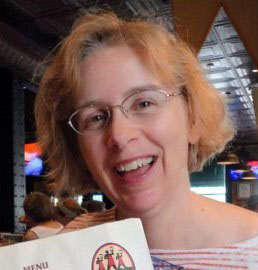 Cynthia L. Stillings, 58, of Waterville and Jefferson, passed away on Jan. 1, 2022, in Jefferson, after a four-year battle with metastatic HER2+ breast cancer.

Cynthia grew up in Waldoboro, attended Medomak Valley High School and received a bachelor of science from the University of Maine, Orono (1985). She worked in banking for 34 years.

Cyndi was a generous, caring, and good-natured person who spread happiness and positive energy to those around her even while battling terminal cancer. She never complained about the pain or discomfort she had to endure from the disease and its treatment.

Cynthia was predeceased by her father, Robert L.; and sister, Paula. She is survived by her companion, Eric J. Lund, of Jefferson; her mother, Lois of Berwick; sisters, Catheryn (Cliff) Schweiger, of Berwick, Amilyn Stillings, of Vassalboro, Tina (Bill) Jarvis, of Jackman, Stacy Stillings, of Berwick, Leslie Stillings, of South Berwick, and Melissa Stillings (Jeff Lemont), of Sabattus; and nine nieces and nephews.

Services will be announced at a later date.