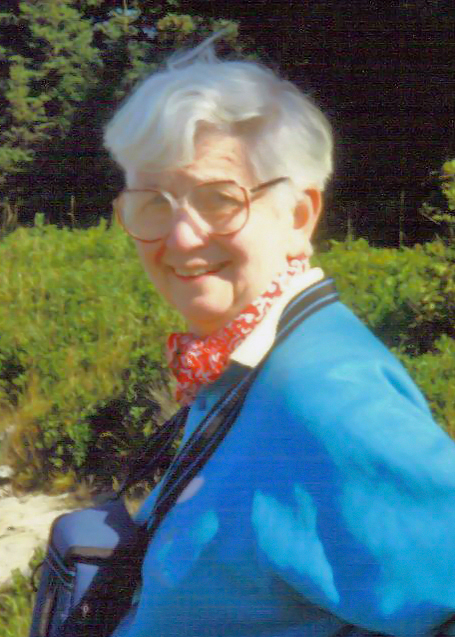 D. Billie Flanagan, a long-time resident of the Nobleboro area, passed away on the 8th of May in Newcastle.

Born in 1924 in Los Angeles, Calif., Billie spent much of her childhood traveling with her father, an electrical engineer, throughout the United States, Europe and the Soviet Union. The resulting bond with her father was a source of strength and comfort throughout her life. Her early education was ensured through correspondence school and dynamic and colorful interaction with numerous cultures and challenges in pre-World War II Europe.

Billie was an unusually independent, engaged, and determined woman, in many ways ahead of her time. She was inquisitive and undeterred from supporting controversial causes such as the ACLU and Planned Parenthood. She instilled these values in her children with consistent focus and high energy.

Billie was awarded a Bachelor of Arts degree from Barnard College in 1944 and earned an M.S. degree in Education from Queens College in 1964. Her work career included teaching English in the New York City school system, and later working for the New York State Department of Labor where she took pride in persuading employers to hire the disenfranchised and disadvantaged on a trial basis.

It was during her time at Barnard that she met her husband, Bill. He was in Naval officer training and the romance led to marriage in 1945 and fifty-four years of marriage.

Bill and Billie were both active in the Nobleboro and Damariscotta community. Their devotion to the community is evident in the many volunteer activities to so many organizations. For more than 20 years, Billie was a familiar face every Tuesday morning at both the Skidompha Library, and the front desk at Miles Memorial Hospital. She served as a volunteer at Senior Spectrum, and treasurer of the Nobleboro Democratic Committee.

She is survived by five children, Margaret of South Orange, N.J., Anne of Damariscotta, Malcolm of Weston, Conn., Gavin of Salisbury, Vt., and Marta of Arlington, Mass. She was predeceased by two sons, Lee Scott at age ten, and Scott Lee at age 4 months. She is also survived by 14 grandchildren and four great-grandchildren.

Services will be private.