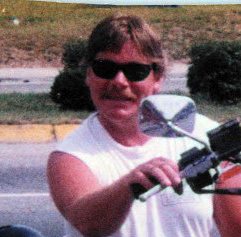 Dana Charles Brown, 59, formerly of Waldoboro, passed away on Dec. 7, 2019 in West Buxton, where he had recently moved.

Dana was born in Winchester, Mass. to Martha (Newhall) and Dennis Brown and was a 1978 graduate from Medomak Valley High School in Waldoboro. As an adult he worked in the oil business, first as a Merchant Marine and later gauging tanks on the East Coast while maintaining a strong desire to always be riding his Harley. His talent for music and his quick wit were his calling cards and he will always be remembered for that.

Dana is survived by Martha Brown of Waldoboro, Dennis and Joann Brown of Lexington, Mass., Kim Brown and beloved daughter Jesse of Old Orchard Beach; brothers and sisters-in-law, Shepard and Heather of Waldoboro and Alex and Monique of Portland; sister, Jeni Dymek of Wellesley, Mass.; along with nieces Greta, Elizabeth and Abby; and nephews, Oliver and Evan.

Dana also leaves many lifelong friends from mid-coast Maine, especially Storm Hildebrandt, Glenn Chadborne and Bob DeGroff who had Dana in their hearts and minds while his health declined the last couple of years.

Friends are welcome to join Dana’s family for a time of sharing and remembrance from 5-7 p.m., on Saturday, Dec. 21 at Hall’s of Waldoboro, 949 Main St., Waldoboro.