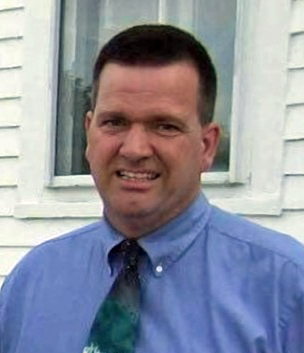 Daniel “Dan” Brinkler, 47, of Newcastle, passed away on Jan. 5 in Bristol. Born on his paternal grandfather’s birthday, Sept. 7, 1969, he was the son of Jim and Cyndi Brinkler. He attended Bristol Consolidated School, and graduated from Great Salt Bay and Lincoln Academy. He went on to get his BS from USM Portland, and received his MBA from Bentley College in Massachusetts. While at LA, he was on both the soccer and wrestling teams.

He worked as sales manager for Sitara, and other dot com startups, while living in Massachusetts. He was a member of many professional organizations including the Organization of Christian Businessmen, and did outreach in Harlem, N.Y. While living “away,” he was a member of “MIE,” Mainers in Exile. The call of home drew him back to Maine in 2002. He purchased the home where he later lived, as a rental property. He continued to buy, renovate and rent properties which kept him continually busy.

Dan was always creative and unique. He wrote to major car companies (during grade school) about being a car dealer, and later joined many professional business and construction groups while still a teen. In high school, he operated a home repair business as Dan Brinkler and Sons, and worked nights at Shop and Save. Later he crewed for Dale Prentice.

While at LA he purchased a white van which he and friends painted and styled as “Dan’s Van.” It was a distinctive sight around town, catching the attention of many, including police officers. He loved all children, especially his nieces and nephews whom they affectionately called Uncle Bobo. He was the pied piper of family gatherings, always playing with the children and cracking up the adults with his comments and jokes.

He leaves his parents, Jim and Cyndi Brinkler; siblings, Michael and Carole Brinkler, Mia and Marvin Farrin, and Jamie and Gretchen Brinkler; nieces and nephews, Alexis and Joey Benedix, Liam Brinkler, Jade, Jewel, Levi, Eli, and Malachi Farrin, and Addie, Celia and Bodhi Brinkler; grandnephews, Devin and Owen Benedix; and many beloved cousins and good friends. Others who were special in his eyes, are: Dan and Michelle Brown, Cameron and Victoria Nelder, Tim, Bob and many other people.

In lieu of flowers, donations may be made to the Salvation Army; the National Suicide Prevention Lifeline; or the general fund at Lincoln Academy, ℅ Development Office, 81 Academy Hill Rd., Newcastle, ME 04553.