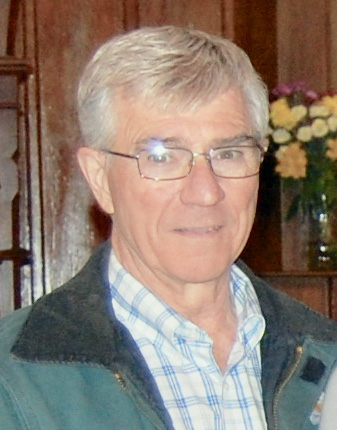 Darrell “Butch” Loren Tobin, 76, passed away peacefully on March 11, 2019 at the Sussman House in Rockport, after a battle with Lewy body dementia. He was born Aug. 4, 1942 in Masardis to Evelyn Tobin Coffin and Loren Carmel Tobin.

Butch met his wife of 51 years, Lorna Noble Tobin, at the University of Maine at Fort Kent. They married on June 17, 1967 at the Church of Our Savior, an Episcopal church in Plainville, Conn. He enjoyed attending services with his family at St. Philip’s Episcopal Church in Wiscasset.

Butch was proud to have been born in Aroostook County (The County), and was quick to share it with anyone new he met. He graduated from Ashland High School in 1960, where he enjoyed playing the drums in a school band. He achieved the highest rank in the Boys Scouts of America as an Eagle Scout. He earned a Bachelor of Science degree from University of Maine of Fort Kent in 1968, where he was a brother of Kappa Delta Phi. He earned a Bachelor’s degree in Industrial Arts from the University of Southern Maine in 1974. He also attended Ricker College in Houlton and the University of Maine.

Butch served in the United States Army at Fort Devens, Mass. He enlisted in 1964 and later received his commission from Officer Candidate School (OCS) at Maine Military Academy in 1968, and became a Military Police Officer. He volunteered to serve during the Vietnam War, but troop deployments ended in Southeast Asia. He rose to the rank of Captain before being honorably discharged. He deeply cherished our veterans and the United States Armed Forces.

Butch worked hard all of his life. He hauled logs for William Coty Logging in Ashland, and he operated a skidder at Pinkham Lumber in Portage Lake. He taught elementary and junior high school in Madawaska, the Allagash, Fort Kent, and Sanford. He was later a broker for ERA in Presque Isle.

Butch was also a proud small business owner. He owned and operated a Mobil Oil business in Ashland named Transark Oil. For almost 30 years, he owned and operated Tobin Farms Velvet Antler which he started in Mapleton. He and his wife moved the business to Alna so they could be closer to their grandchildren.

Butch truly loved farming and raised all kinds of animals over the years such as red deer, chickens, pigs, emus, turkeys, ducks, peacocks, swans, and a special buffalo named Jennie. He was known to bring farm pigs and chicks in the house and could often be found sitting on a pail watching his animals. He also enjoyed helping his daughter, Jill, raise and show 4-H baby beef. Butch loved his two dogs, Riley and Lucy.

Another passion in Butch’s life was his love of music. He enjoyed listening and dancing to the oldies genre of Doo-Wop music, and often kept drumsticks nearby to play along with songs he loved. He always had to have a radio on in the house, garage, barn, and even in the chicken coop. The beat of the oldies gave him such happiness in life.

In addition to his wife, Lorna Noble Tobin, he is survived by his daughter, Jill Tobin Cotta and husband Shanon Cotta of Alna, along with their three children he loved dearly, Owen, Ellie, and Keegan; his special sister, Barbara Tobin Wihlborg, her husband, Jim Wihlborg, and their daughter Rachel.

Butch left an impression on everyone he met with his quick wit and conversation. Anyone who knew him, has a Butch Tobin story to tell. He loved his family dearly. He will especially be remembered by his three grandchildren who loved their dear Papa; his good friend, Mark Fox of Veazie; his wife’s family in Plainville, Conn.; and Ted Gagnon of Saco, who was like a son to him.

A funeral service will be held in the spring at St. Philip’s Episcopal Church in Wiscasset.