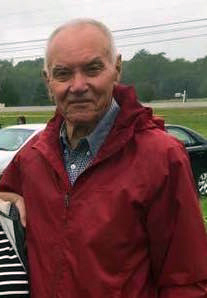 David A. Sidelinger, 84, of Waldoboro and Inverness, Fla., passed away peacefully after a long illness on Dec. 8 at the Sussman House in Rockport, with his family by his side. David was born April 21, 1932, in Washington, the son of Harlan and Evelyn Sidelinger.

He attended local schools, graduating from Waldoboro High School in 1950. David enlisted in the Air Force in 1954, spending three years at Spangdahlem Air Base in Germany as a Crew Chief on RB-26, RB-57, and RB-66 aircraft. In 1958, David went to work for Pratt and Whitney Aircraft in Southington, Conn. where he became the lead supervisor of the gas turbine engine mechanics in the overhaul and repair division. In 1973, David started working for Gas Turbine Corporation of East Granby, Conn. as a Senior Technical Support Analyst. It was through this position that he spent two years directing service activities in Mexico City, Mexico and three years in Caracas, Venezuela as a Senior Service Representative. In 1987 David went to work for Turbine Engine Services in Windsor Locks, Conn. serving as manager of engine Inspection/Engineering.

David was a member of the VFW #4252 in Hernando, Fla., where he was Captain of the Honor Guard for many years. He also spent many hours working in the kitchen of the VFW. David enjoyed going on cruises and dancing. He was a storyteller and shared many memories from his life, which will be missed by those he left behind. He was very proud of his children and grandchildren and was often heard bragging about their accomplishments. For the past ten years, David and Greta divided their time between Waldoboro and Inverness, Fla., where David had many close friends.

David was predeceased by his parents; and brother-in-law, Robert (Bud) Harkins.

A memorial service for David will be held in the spring.

To extend online condolences, light a candle for David, or to share a story or picture, visit his Book of Memories at www.hallfuneralhomes.com.