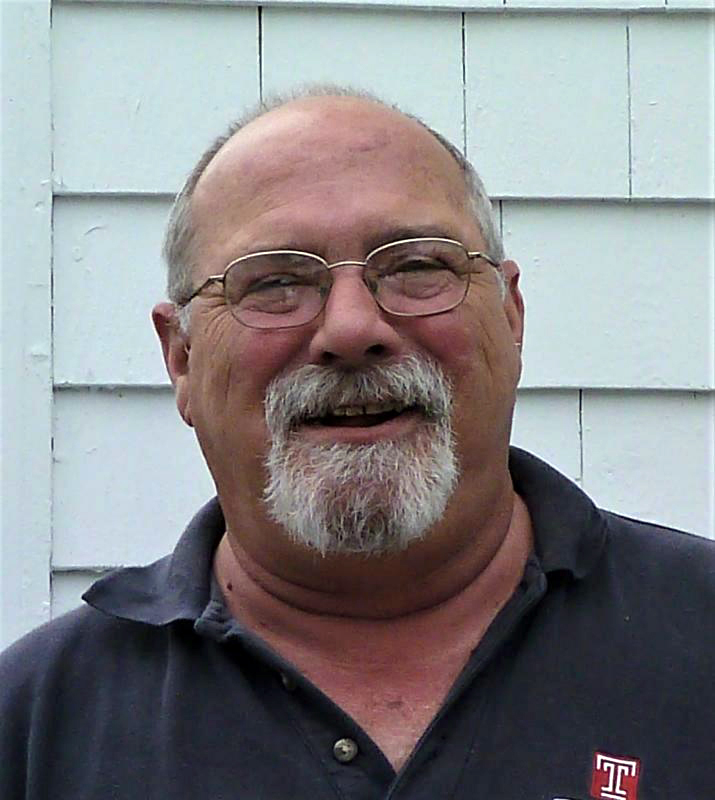 David graduated from Lewiston High School, class of 1969. He went on to become a sergeant in the U.S. Air Force and a graduate of the University of Maine at Orono with a bachelor’s degree in education.

If you ask any of David’s friends or family to describe him, they all will say that he was such a nice guy. Even Martha will begrudgingly agree to that! He was an avid sports enthusiast, playing basketball, baseball, softball, hockey, and bowling, and following all Boston sports teams. He ran the family NFL pool and local fantasy football group. He was a passionate coach and mentor. He deeply believed sports made his students and players better people. He coached the 1984 Lady Seahawks varsity basketball team to its first state victory with a Gold Ball win. He coached softball for countless years and good-naturedly threatened to, and often did, spit into the glove of any girl who missed a grounder.

David taught French (Bonjour, Jacques!) at Boothbay Region High School for 18 years, followed by 20 years working in the school district’s information technology department. He made innumerable house calls to perform emergency surgery on the home computers of friends and colleagues. He chaperoned many trips to Quebec and Paris, helping students put their French speaking skills into practice. He was very proud that he was the only teacher to give his future sister-in-law and her classmate late detention.

He enjoyed playing darts at Everybody’s, where he ran several leagues. He was a trivia master and occasionally outscored his wife during their nightly Jeopardy matches.

David was preceded in death by his parents and his sister-in-law Marilyn.

He is survived by his beloved wife Martha (Dolloff) Landry; his favorite son, Gerard Landry and his wife Leslie of Portland; and his favorite daughter, Erika Jaye Landry of Philadelphia, Penn.; his fun and amusing brothers, Ron and Marc, formerly of Lewiston; his amazing sisters-in-law, Jan Landry and Ann Dolloff, Ann’s husband Steve Wieland; and many nieces and nephews.

A celebration of life was held Oct. 19 at Flagship Inn, in the restaurant formerly known as Everybody’s.