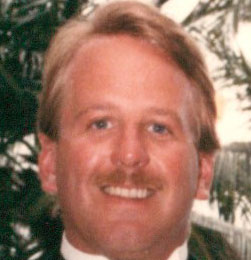 David Ford Boring, 64, of Nobleboro, died on Saturday morning, Nov. 13, 2021, at his home.  He was born in Niskayuna, N.Y., to Jennie and Kenneth Boring on June 22, 1957.  He grew up in Burnt Hills, N.Y., and graduated from The Albany Academy and Harvard University. Dave was a member of the Harvard martial arts club, where he mastered top forms and played on the Mather House football team.

Dave and his wife, Carolynn Molleur, discovered Damariscotta Lake in 1999, and visited their little lake house often until 2005 when they relocated permanently. They traveled extensively before moving to Nobleboro where they felt content to enjoy nature and the lake that surrounded them.

Dave was an avid golfer and was recovering from knee replacement surgery while looking forward to returning to Wawenock Golf Club in the spring. Dave was a car nut and treasured his beloved 911. He also enjoyed building his own bicycles and was an avid rider until injuries curtailed his activities. He was a “MacGyver” around the house and could fix just about anything. He retired in 2021 after a successful career in software sales and consulting.

Dave and Carolynn celebrated their 36-year anniversary on Nov. 9. In addition to Carolynn, Dave is survived by siblings, Linda Laurent, Gail Bering-Porter, and Richard Boring, as well as his sister-in-law, Leslie Molleur; a niece and three nephews; a great-nephew; and many friends.  He was predeceased by his brother, Gary Boring.

There will be no services in accordance with Dave’s wishes.