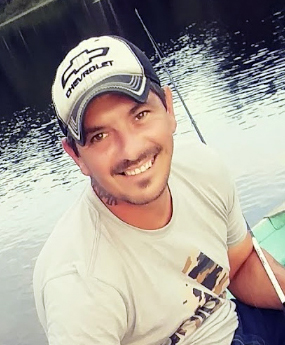 David J. “Tito” Thompson Jr., 44, passed away unexpectedly on March 15, 2020 at Maine Medical Center in Portland. He was born Feb. 12, 1976 in Waterbury, Conn. He was adopted and raised by Edward Crocco and Diane (Snowden) Crocco.

David grew up in the Northfield, Conn. He graduated in the Class of 1994 at the Oliver Wolcott Technical High School in Torrington, Conn.

After high school he began working with his father. After moving to Maine one of his favorite jobs was being a sternman for Brian Westhaver on the “Old Glory.” He worked as a carpenter for Ward & Sons Construction in Wiscasset and at the end of 2019 he began his own business, “New Level Builders.”

David loved Wiscasset Speedway, he spent the last six summers there with his family in the stands and then helping his friend Josh Bailey work his #2 car and then in 2018 and 2019 he was given the opportunity to be the driver for Ward & Sons Construction and they built the car #24. He was a member of the Riverside Masonic Lodge in Jefferson, a longtime firefighter in Damariscotta, and a firefighter/EMT in Northfield and Thomaston, Conn.

He was well known for being a stubborn “Mexican,” yet comical guy and always willing to give a helping hand.

A celebration of David’s life will be announced at a later date.