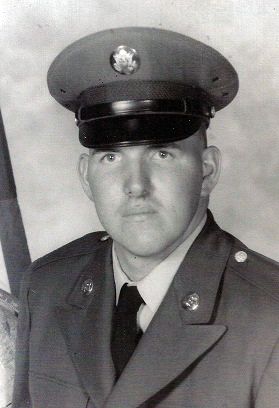 David L. Everson, 73, of Dresden, passed away peacefully on Nov. 21, 2022, at Central Maine Medical Center after a short period of declining health.

David was born Aug. 10, 1949, to Merton H. Everson and Barbara S. (Trussell) Everson, of Dresden. He attended local schools, until the closure of Bridge Academy, at which time, students were sent to Wiscasset High School, where he graduated in 1969. He then went into the Army, where he spent the next two years, part of which was in Germany. He received an Honorable Discharge in 1971, then went to work for the Maine State Department of Transportation, spending the next 29-plus years before retiring in 1995. Later, he was employed by LL Bean, and the Town of Dresden’s Transfer Station. For most of his adult life, David was a member of the Dresden Fire Department, helping wherever he was needed. He enjoyed watching NASCAR races, and occasionally, was a spectator at the Wiscasset Speedway. He also enjoyed jigsaw puzzles, putting model cars together, watching the Boston Red Sox, and helping family whenever he could, and attending family events. Although David was a man of few words, and often spent his time alone, he did enjoy hanging out with friends at the Dresden Takeout for breakfast, lunch, and sometimes dinner as well. You could count on him being there at least once every day. If he didn’t show up for a couple of days, someone would certainly call and check on him.

David will certainly be missed by family and friends.

David is predeceased by his parents. He leaves behind his sister, Shirley (Everson) Storkson and husband, David Sr., of Dresden; three aunts, Eleanor L. Everson, Doris Swasey, and Clarice Taylor, all of Dresden; one uncle, Roger W. Trussell, of Haines City, Fla.; nieces, Lisa Heil (Jim), of Augusta, and Laurie Geroux, of Chelsea; and nephew, David Storkson Jr. (Heidi), of Pittston; along with several cousins.

At David’s request, there will be no public visitation or service.

David will be laid to rest in the family plot at Forest Hill Cemetery at a later date.

Donations in David’s memory may be made to the Dresden Fire Department, c/o Dresden Town Office, 534 Gardiner Road, Dresden, ME 04342.

Arrangements are under the care of Kincer Funeral Home, Richmond.