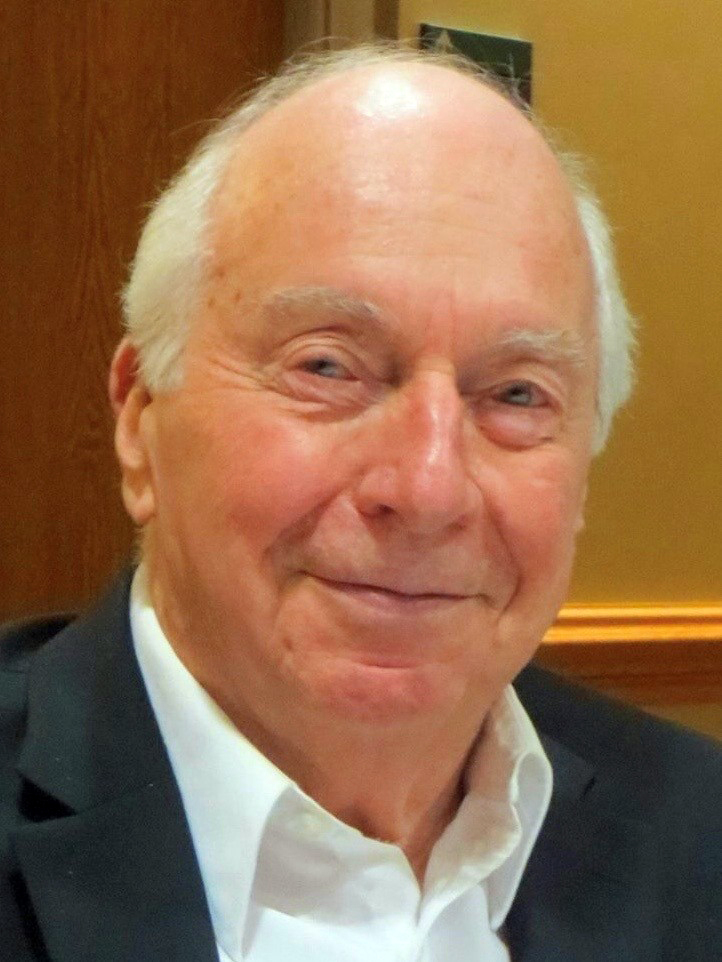 David Linscott Roberts, 87, of Jefferson, Maine, passed away January 23, 2021, at Mayo Clinic Hospital following a sixteen-year journey with dementia. David had been residing for the recent past in Chatfield, Minnesota, receiving love and care from his devoted family. Born with instinct, drive, and innate capabilities, David was very accomplished yet humble, diplomatic, and loyal. He routinely deflected attention from himself and used his gifts as a “people person” to make everyone else in the room welcome and comfortable. David ensured that all had a chance to speak and, better yet, to laugh. He had a compliment handy for anyone and everyone. Ever balanced and positive, David Roberts was beloved by many. He developed deep friendships with people from all walks, around the entire globe — and from those relationships he never wavered. He will be greatly missed.

The son of Wayne Elwood Roberts and Alice Farrar Linscott Roberts, David was born November 1, 1933, in Portland, Maine. He attended South Portland High School where he served as business manager for the high school paper and played baseball all four years, earning a commendation from the City of South Portland for his “outstanding performance” on the 1949 State Championship team “reflecting great credit upon himself as a true sportsman and bringing fame to the city.” He loved baseball and, particularly, the Boston Red Sox.

David followed his grandparents and parents to Colby College graduating in 1955 with a Bachelor of Arts with Distinction in Mathematics and was a Distinguished Graduate of his Air Force ROTC detachment. An active member of Colby’s Alpha Tau Omega fraternity, David forged deep connections that he maintained throughout his life. David dearly loved and cherished Ruth Ada McDonald Roberts, whom he met at Colby; on August 13, 1955, they married and embarked on quite a life together.

David commissioned into the U.S. Air Force as a Second Lieutenant and was assigned to Massachusetts Institute of Technology for advanced meteorologic study earning his Master of Science in Meteorology. In 1962 David attended Squadron Officer School at Maxwell AFB earning Distinguished Graduate honors in a class of over 900 officers. Over his career David was stationed at several US Air Force bases as well as Greenham Common RAFB, England, and Howard AFB in the Panama Canal Zone. While in Panama, David assumed roles in the military intelligence community in supporting USSOUTHCOM and USAFSO throughout Central and South America.  He promoted to Colonel there in 1973.  In 1974, David and the family returned to Langley AFB, Virginia. In January, 1976, David moved to his final Air Force position as Vice Commander of the 7th Weather Wing, Scott AFB, Illinois.

David’s military awards were numerous and included the Meritorious Service Medal and the Air Force Commendation Medal. In addition to meteorology, David supported U.S. intelligence efforts; he was a Nuclear Weapons Advisor and held roles in Joint Counter-Intelligence, Counter-Insurgency, and National Security Management. David was particularly honored to have been an advisor during the Cuban Missile Crisis and to have worked directly with Henry Kissinger. He often spoke fondly of his numerous trips throughout Latin America and his meetings with leaders of foreign countries.

After his twenty-two years of military service, a life of travel, and settling into thirteen different homes, David and Ruth, together with their daughters, returned in 1977 to Waterville, Maine, happy they could spend summers at their Damariscotta Lake cottage in Jefferson.   David began a second career becoming the first Director of Planned Giving for Colby College. David is fondly remembered by his Colby colleagues for developing a robust planned giving program: his creativity and his commitment to the college he loved and its students were evident. He played a key role on the team for the very successful Colby 2000 campaign of the 1980s. David’s ability to build relationships helped create a number of deferred gifts that continue to benefit the College to this day.

David lent much of his personal time to community service. A long-time member of Waterville’s First Congregational Church, David served many years as a teacher, treasurer, deacon, and trustee. He would prepare income taxes for many friends and neighbors, particularly the elderly. David was a member of the Lions Club where he enjoyed interacting with business owners and people about town.  David served on the Damariscotta Lake Watershed Association, and together he and Ruth aided the Greater Waterville Food Bank and served in advisory roles for The Waterville Boys & Girls Club.

David and Ruth were very close in their marriage. Unless he was traveling, David returned home from work every day to share lunch with Ruth.  They were avid, accomplished players of many games, particularly bridge, and greatly enjoyed entertaining their many friends.  David’s interests included crosswords, billiards, golf, candlepin bowling, water skiing, gardening, and wood working.  He loved word play and was known oft to write in playful verse to commemorate special occasions. Ruth passed away in 2009 on their fifty-fourth wedding anniversary. Accepting that challenge with grace, David pressed on eventually meeting Betty Qualey, who remained a dear friend and companion to him as he continued his life of joviality and friendship.

Hall’s of Waldoboro has care of the arrangements. To extend online condolences, visit David’s Book of Memories at hallfuneralhomes.com.