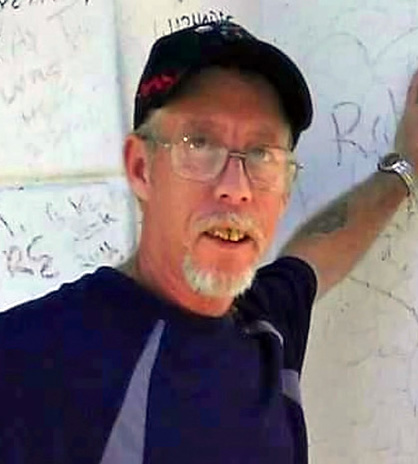 David Mortimer, 58, of Bremen, passed away peacefully on the afternoon of Oct. 19, 2022 surrounded by his family. Born on July 11, 1964 at Saint Margaret’s Hospital in Dorchester, Mass., he was the son of Robert and Doris (Davis) Mortimer.

Dave lived a very simple life. He graduated from Medomak Valley High School in 1982 and continued his education in Eastport at a boat building school. He was a man of many trades and wore many hats. He was a very accomplished woodworker, working as one for many years in Nobleboro.

He was introduced to a wonderful woman, Laurie Gaynor by a family friend. He was also introduced to Laurie’s daughter Chelsea Loren Phillips. She became his daughter the moment they met. Dave and Laurie raised Chelsea together, loving her deeply. They enjoyed family trips and spending a lot of quality time together.

In 2008, Dave’s nephew Jason got him a job in Kansas doing construction. He also got a job at Beacon Marina, hence one of his nicknames, “Harbor Master.” Dave met a lot of great friends in Kansas, but none like Pam; the bartender at his favorite bar, “Woodies,” where they developed a life-long friendship.

Dave lived an incredibly happy life in Kansas, but he needed to return home to Maine. Back in Maine, Dave lived the rest of his days on Webber Pond in Bremen, a place he loved very much. Dave will be deeply missed by his family and friends.

Dave was predeceased by his grandparents, Kenneth and Isabelle David; his father, Robert Gordon Mortimer; his great-nephew, Brady Maddox Mortimer; his aunt, Jean Manning; and his daughter, Chelsea Loren Phillips.

He is survived by his mother, Doris Mortimer; brother and sister-in-law, Robert and Marcia Mortimer; sister and brother-in-law, Nancy and John Destinoble and their sons, Aaron and Bradley; nephews and their spouses, Jason and Katie and their son, Andrew Mortimer, and Ian and Jess and their son, Malakai Mortimer; his granddaughter, Rielyn Kinney; aunt, Betty and Dennis Engstrom and their family; and cousins, Jeff Manning and family, and Beth and Ray West and family.