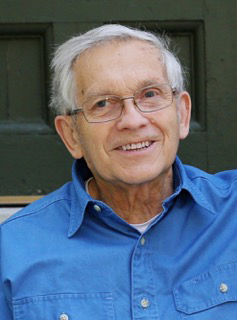 He graduated from Norwell High School in Norwell, Mass. and after working for John Hancock Life Insurance and Halliday Lithograph Company, entered the U.S. Army, serving in Germany. In 1968 he moved to Wiscasset and worked for the Satellite Corporation. He co-owned and operated The Stacy-Hart House and The Milk Shed where he met his wife. He married Roberta A. Hussey in 1974 and was employed for the Wiscasset School Department as a custodian for several years; then for the Dresden School Department as the head custodian until his retirement in 2001.

He was predeceased by one brother, Frederick R. Hart III.

His family was very important to him. He is survived by his wife, Roberta A. Hart of Dresden; son, Tim Hart and wife Morgan of Orrington; daughter, Carrie McEneaney and husband Ian of Bath; brother, Robert Eisenhauer and wife Andrea of Land O’Lakes, Fla.; grandchildren, Logan, Ezekiel, Paige, and Finn; many nieces and nephews.

A celebration of life will be held in the summer.