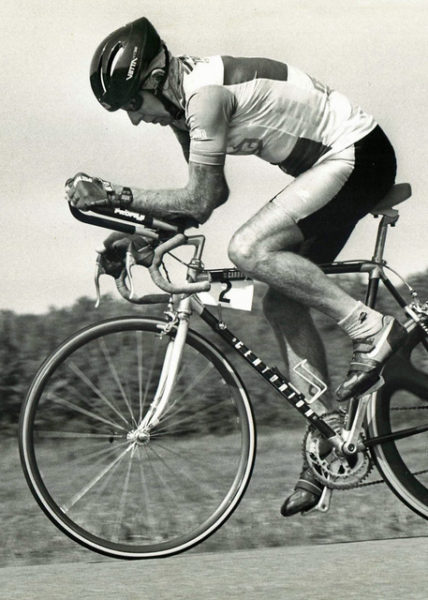 David S. Hatch, 97, passed away on June 19, 2020 in Damariscotta, where he lived his whole life and was a direct descendant of the original settlers. David was the son of Fredrick Boynton Hatch and Nan Soule. David graduated from Lincoln Academy in 1941, where he earned his “L” in basketball, baseball, track, and cross-country.

In 1943 he joined the U.S. Marine Corps. During the assault on Iwo Jima, he spent 28 days as a bazooka man before his honorable discharge on May 30, 1946 as corporal. For a while, he and his brother Boynton worked building ships at Marr’s Shipyard in Damariscotta. They also worked at Goudy and Stevens Shipyard in Boothbay. David and Boynton went on to start their own business, Hatch Brothers Contractors, and built many homes in the surrounding area.

Along with his wife, Elaine, he climbed more than 300 mountains, including the 65 4,000-footers throughout New England. In 1986 David started bicycling at the age of 65. During the next 15 years, he twice won the state amateur 20-mile time trial and had many other first- and second-place finishes.

David was an active member of the Damariscotta Baptist Church, serving as trustee, deacon, Sunday school superintendent, and teacher for 13 years.

David also had a small tree farm and sold Christmas trees and camp wood, calling himself the “woodman.”

He is predeceased by wife, Elaine, in October 2019; brother, Boynton; and grandson, Jamison Searles Hinck.