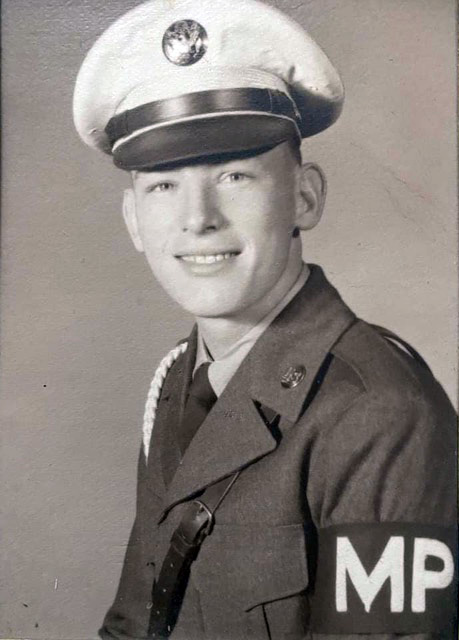 He was born in Mexico, Maine to parents Basil and Ruth Harris Whitney. He had four sisters he adored: Edith, Sylvia, Linda, and Ruth. He carried mail for many years and was appointed postmaster of Damariscotta Mills by none other than JFK. He would later go on to be the postmaster of Newcastle and finally of Damariscotta until his retirement in 1998. He then worked at The Lincoln County News, assisting with the paper and mailings, until 2008.

He served his town for years as a part of planning committees, budget committees, and the board of selectmen for four years. A sports fanatic, he coached Little League teams better than Walter Matthau and never missed a game at Lincoln Academy, supporting his children, his grandchildren, and their countless friends. Finally, he was on the Nobleboro School Board, instrumental in hiring many amazing educators.

At this point, I must confess I’m having a hard time writing a very direct, to the point, formal obituary of my dad. I realize these are supposed to be written in the third person … but that wasn’t my dad, and it isn’t any of us who he leaves behind. If you have met the hurricane that is the Whitneys (and you make it past the initial shock and awe) then you figure out in a matter of minutes what we are all about: laughter, fun, and lighthearted … big-time … obnoxious love. I can’t do it, and for some reason I feel as though I would be doing you all a disservice. A formal obituary of my father would only really tell you what he did, but not who he was or what he stood for, and I think that’s worth a read.

We kids knew him as Dad, but Mom clearly knew him as so much more. My parents are each other’s rock. The two of them are the exact epitome of three ingredients that every marriage is supposed to be made up of … love, understanding, and steadfast loyalty. I can’t say anything more about it. I am in awe of them.

My father was the ringleader of my familial madness time and time again. Always the pranking patriarch, he would stir the pot and watch his creation go haywire. I will have more memories of laughter than any other emotion due to the 37 years I spent in his company. He traumatized my uncle more than once, convinced my aunt she was going to be on a game show she loved, and called people for years pretending to be looking for a man named “Rolley” only to call them one fateful night and tell them, in the most Maine accent ever: “This is Rolley, have I had any messages?” He could also be the brunt of the joke better than anyone I knew. For years my co-workers and I have been calling my dad with some outlandish phone prank, informing him that he has won a free baked bean supper for his entire family by signing up for a new credit card … or the time I made sure to impersonate a knife salesman that wouldn’t take no for an answer … just last year a man named Jimmy called to tell him he purchased a vacuum cleaner in 1984 at Sears and, “We are still waiting for you to pick it up.” This would be an act of terrorism to a lesser man, but to my dad, it kept him young and kept him laughing. He was “stop you with a look” funny, and I’m sure we will all try and hang on to those looks.

Having served his country in the U.S. Army as a member of the military police from 1955-1957, my father had a perspective on the world you only really get with wisdom, very little patience, supreme intellect, wit, and a keen eye for nonsense. His take on the world always made us laugh and feel a bit more safe. He volunteered for the service as opposed to waiting for a draft and served his country after the Korean War, assisting with the troop withdrawal and enforcing the new “ceasefire.” He came back and fought a never-ending war on deer, fish, trees, and everything in the woods that he became master to. He loved the outdoors and taught his children and grandchildren how to survive any number of zombie apocalypse scenarios. He was a fierce friend … insanely loyal to those he respected, and we are sure he goes to see his buddies that have gone on before him.

My father was always in the service of others, and especially his family. There isn’t a thing he wouldn’t do for any of us. I remember in third grade getting made fun of because my L.L. Bean jacket was the same color as a girl’s jacket in my class, purchased the same Christmas. I grew up with absolute hooligans, so needless to say I got lambasted at school wearing the same jacket as a girl (I still maintain said jacket was insanely masculine). I said one thing to my father late at night and no sooner were we midnight bound to L.L. Bean (a 24-hour haven) to buy his dorky kid a new jacket, so he wouldn’t get made fun of in school. This Christmas will be hard, but harder so because he always planned some crazy surprise for my mother when we were all growing up. She would make Christmas a huge event for we children and Dad would always, in the end, make Christmas about my mom.

My father loved to garden. Myself, I will have PTSD about gardening and lawn care for the rest of my life. A postmaster for over 30 years, his second job was always working outside, either tending to his garden or cutting and piling wood. Then we would cut and pile wood some more, and weed a little bit more, cut and pile wood again, and then weed, etc. A testament to his service, he always grew vegetables for neighbors and widows in the area and would bring them over once a week. Truth be told, my father was to trees as corona is to us all. Trees everywhere are rejoicing somehow that Dad can no longer lay waste to entire forests in search of that perfect temperature in the winter. In search of “old man heat” … His house was always approximately 114 degrees in the winter, people frantically shedding layers to breathe in the inferno … life will forever be far more cold, in more ways than one.

He was a breakfast fanatic, indulging in everything that is supposed to be eaten before 11 a.m., but above all … toast. My father believed that toast was an absolute staple in breakfast foods and it wasn’t breakfast without toast.

We had an age gap of almost 46 years. An age gap of 46 years basically means we never knew what the other person was talking about at first try. But somehow my father and I managed to navigate those waters, and he was my best friend to the end. Anybody who knows me, knows how much I love that man. I believe our relationship paved the way for him to become an amazing grandfather to eight and in one week, nine grandchildren.

And finally, my father was an insanely private man, and was deeper than a tectonic canyon. To the people who knew him best, he was a vast ocean and we were rocks skipping across the surface, every now and then going under to get a glimpse of his depth.

Love is the only real currency we get in this world. It was his faith in the end, and his everything. Love encapsulated his views of the great beyond, where he was going, and where he had been.

On Dec. 14, in poetic harmony, my dad took his final breaths, listening to his hero, Elvis, with his daughters, his son, and his lovely wife of 52 years by his side and a couple of nurses that he had made a very big impact on. He once again became the best coach or leader I’ll ever know, setting an example of courage, and strength that nobody could follow … but when the time comes I can certainly try. If you could order how you leave this world, if that is even a possibility: I want you to know … I’ll have what he is having …

He leaves behind my mother, Nancy; his daughters, Charlotte Regan and Geri Pinkham, and myself, Dave Whitney II. He is also survived by two sons-in-law, Jon and Scott, who he loved like his own, and a daughter-in-law named Fawn who was the only person to ever stop him dead in his tracks (so much so that I had to marry her). His eight and soon to be nine grandchildren, Danielle, Jon, Jacob, Collin, Whitney, Kaitlyn, Harper, Lincoln, and soon to be Ryker David. I am brokenhearted … but I take solace and find peace in what he cherished most: them.

In the end, my dad and I were cracking jokes. Good ones … wish I had a pen. And my mother and sisters, as usual, took way too long to get said jokes, and in turn we all laughed harder … my father and I shared a look that we have shared a thousand times or more when these baboons are pondering what it is we talk about … and this time I said, “Do you see what you are leaving me with?” and he laughed a big laugh and said, “You have received plenty of training.” The truth is, I am in good hands. Every bit of them is my father, as is every bit of me.

To my father: who will no doubt haunt the walls of Facebook, the corners of town hall meetings, and a breakfast table every now and then, whispering a last, albeit faint, plea for more love, more laughter, and more sanity … here’s a toast … (see what I did there, Dad?)

Per Dad’s wishes, his body was donated to science. In lieu of flowers, donations in his memory may be made to either St. Jude Children’s Research Hospital, 501 St. Jude Place, Memphis, TN 38105; or Dana-Farber/Boston Children’s Cancer Center, 450 Brookline Ave., Boston, MA 02215.

Condolences, and messages for his family, may be expressed by visiting stronghancock.com.