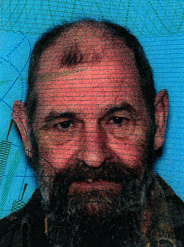 Davis Perry Crowell, 73, passed away on June 2, 2019 at his home in Washington with his family by his side.

Davis was born on Dec. 29, 1945 in Bremen, son of Loring A. and Dorothy (Perry) Crowell. Davis grew up in Bremen and attended local schools. He obtained his GED from Medomak Valley High School. He worked for Fisher Engineering for 30 years and was also a millwright at Bath Iron Works for over five years. He then worked on his own until he retired.

Davis enjoyed hunting and snowmobiling. He was an independent inventor of many items. Once he saw something, he had a clever mind and could create anything.

Davis is predeceased by his parents; and longtime girlfriend, Sally Reynolds.

The family will honor Davis privately.

In lieu of flowers, donations may be made in Davis’ name to the American Cancer Society, 1 Bowdoin Mill Island, #300, Topsham, ME 04086.