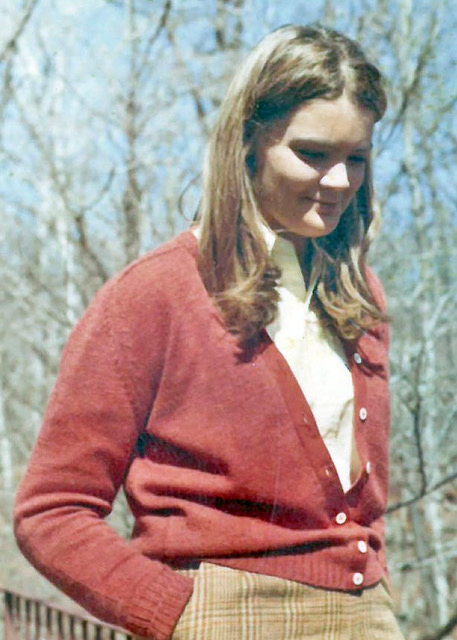 Deborah Ann Smith passed away on Oct. 18, 2020, one day after celebrating her 71st birthday surrounded by family at her beloved home in Damariscotta.

Born in New York City in 1949, the daughter of Carruth Lee Smith and Ann Gallagher Smith, she was raised in Greenwich, Conn. alongside four siblings. She admired her father’s artistic sensibilities and her mother’s wicked sense of fun. She graduated from Greenwich High School and attended Trinity University in San Antonio, Texas, a nod to Texan roots on her paternal side.

Her heart set on a life of adventure, she saved her pennies from a job working at a bank in Cos Cob, Conn. and in 1972 embarked on a Montessori teacher training course at Digby Stuart College of Education in Roehampton, London. She would live in the United Kingdom for the next 12 years.

After a spell in the capital, she found herself in the remote mountain town of Llanberis in Snowdonia, North Wales, where she met her husband, Nigel Horne, an English engineer and mountaineer. She had been determined, she said, not to marry someone she had met at the Greenwich Country Club, which she referred to as a sea of khaki pants and pink shirts.

Together Deborah and Nigel bought and restored a rugged 17th-century farmhouse overlooking the Irish Sea named “Parc.” Deborah loved long rambles over the sheep-dotted moors, and had no qualms about knocking on old farms’ front doors to see if their inhabitants might be selling any Welsh antiques. In the quest for that perfect rustic pine table, she learned to haggle with the best of them at local antiques auctions, her daughter Sarah strapped to her chest.

In 1982, upon separating from Nigel, Deborah returned to the States with her daughter, and embarked on an unlikely, but successful, second act in Washington, D.C., taking on a series of administrative jobs so that she could support her daughter. She got a haircut she imagined might make her look like Sigourney Weaver, experimented with shoulder pads, and discovered a talent for the world of business.

In her longest professional sprint, she eventually ascended the ladder to a demanding role as the director of programs for the Bankers Association for Finance and Trade, a global financial services association and a division of the American Bankers Association. She put her deft negotiation tactics to work when booking prominent speakers or closing sponsorship deals. It was a position that took her all over the world to conferences in Frankfurt, Sao Paulo, Hong Kong, Singapore, and even back to London, where she adored tapping into her Anglophilia over long lunches with her dear friend, Kate Toms, at Ottolenghi cafe or at Daylesford Organic in Notting Hill.

In her downtime in Washington, she loved drinking umpteen cups of coffee with cream and sugar while binging on the news, scouring the Georgetown flea market for treasures from faraway places, and perhaps capping off the day with a matinee of the latest Daniel Day Lewis film. She leaned into her vice, chain-smoking Marlboro Ultra Lights, much to her later regret.

Throughout her career, Deborah ensured that her daughter had a top-notch education and was proud to see her admitted to the National Cathedral School in Washington, where she attended all of Sarah’s incessant chorale and theater performances. Theater, she felt, was important, as was history, and she took her daughter to England in the summers, visiting as many National Trust estates, ruined castles, and museums full of plundered colonial artifacts as possible. After work back in America, she stayed up too late watching PBS and plotted an escape from the city, eager to see what the next chapter might behold.

In 2012, Deborah fulfilled those wishes when she retired to Maine, her happy third act. She found her dream home, an 18th-century village cape, a short distance from her son-in-law William Grose’s family home in nearby Christmas Cove. She spent time visiting William and Sarah and their growing brood amid the jostle of their extended family in South Bristol and at their homes in Williamsburg, Brooklyn and, more recently, in Pacific Palisades, Calif.

Her adopted state won her heart above all, and deeply, and she got to know it well in the last nine years of her life, putting up her paddle at Thomaston Place Antiques auctions, watching the alewives run, and meandering the backcountry roads after a simple breakfast at Crissy’s.

Above all, she loved her grandsons, Axel, Oscar, and Balthazar Grose, “the three amigos,” as she would affectionately refer to them, a blur of blond hair and endless boy energy. She relished soaking up time with them on boat outings to Squirrel Island for ice cream, to the Coastal Maine Botanical Gardens, where she whizzed about on an electric scooter, Oscar illegally helming the controls. At Renys she’d buy them all the balsa wood flyers in stock. When she liked something, she wanted to buy 12.

Her early education training was in evidence when she played with the boys and she wanted so much to make things magical for them. She was always careful to connect with them at a child’s level, enduring endless games of Uno and I Spy or marveling at the specific ways they were discovering the world. She saw each of them as the unique beings they were and found them to be a hoot, perhaps especially so when they were stretching the bounds of authority.

Curiosity was Deborah’s abiding passion, and she loved seeing how children run headlong into life, never compromising their authenticity and pure sense of wonder. Through her own life’s many plot twists and turns, some heavy and dark, she never lost her exuberant sense of awe. She regularly called her daughter to expound on a magnificent artist she had discovered, a mind-boggling documentary on Bill Gates or Basquiat she had watched, or an epicurean marvel she had sleuthed out at an out-of-the-way bakery.

It was never a short phone call as Deborah was brimming with fanciful ideas about novels that needed to be written and a sidebar of macabre tidbits from the Daily Mail. If a crocodile had eaten someone, anywhere in the world, Deborah knew all about it.

She was a dedicated Instagrammer (@rowlettsmith), using the platform to share contemporary art and fascinating objects or to DM fellow interior design aficionados, always endorsing her view on the world with the hashtag, #thingsilove. She had a contemporary spirit and was never afraid to embrace the new, blithely ordering her Google home to do her bidding or enthusing about the feats of pro skateboarder Tony Hawk. Reading a newspaper story about children with ADHD, Deborah quipped, “I think I must have that ACDC thing.”

Though she was in many ways an introvert, quite comfortable with her own good company or a slick internal dialogue with cable news, she also loved the black sheep, the renegades, those complicated, many-layered people who don’t accept life’s standard issue, and was far less interested in someone’s credentials than in their realness, quirks and all. She loved a wry retort and had a soft spot for those with a strong sense of the absurd. She had a bookshelf (and a life) chock-full of complicated protagonists who hailed from messy families, who were fallible and human, and yet prevailed to do amazing things.

She most admired people who tuned into their lives’ callings, who eschewed practicality and just went for it, ACDC and all, full steam ahead.

There will be a gathering next summer in Christmas Cove to celebrate Deborah’s life.