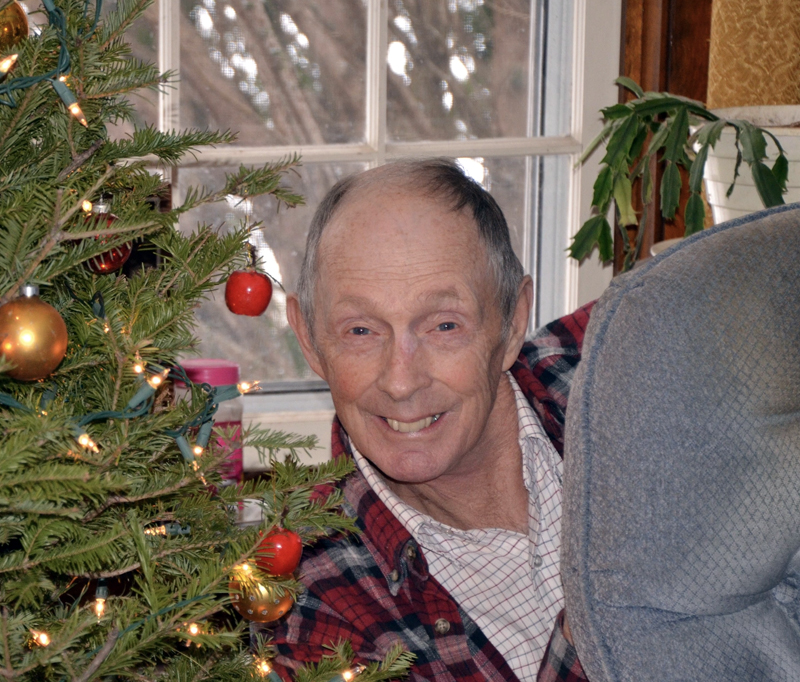 Delmar Ardenne Stinson died on Jan. 20, 2022 having completed his final lap, taken the checkered flag, and headed for victory lane. He was born at Bath Memorial Hospital on Sept. 24, 1939, to Clayton and Elsie (Baker) Stinson, assuming the middle name of the doctor who delivered him.

His early life was spent on Brookings Bay, completing 8th grade at Murphy’s Corner in Woolwich where his siblings Carl and Linda mastered the art of goat cart racing. Dissatisfied with beautiful waterfront scenery, his parents moved to the River Road in Woolwich where he would call home for the rest of his life.

His young life included hunting squirrels and rabbits for tobacco pouches and throwing hatchets from a swing. He learned to dive with elegance into any body of water.

At Morse High School, he excelled athletically setting the state record in pole vaulting. After graduation in 1957, he tired of digging blood worms and in 1958 joined the United States Marine Corps. For four years, he kept the tropics of Puerto Rico and Hawaii safe from incursion.

Having eaten his fill of pineapple and speared fish, he returned to Maine in 1962. Having declined fighter pilot training in the Marine Corps, he would become a hot rod pilot (mostly) on the tracks of Unity, Oxford, and Beech Ridge Speedways as the pilot of the red 24 car.

His friend Ernie Rogers is responsible for his career at the SAGE base in Topsham with AT&T, New England Telephone and Telegraph which would later become Verizon. Del worked in the switching office for 30 years, sometimes fixing, sometimes creating, troubles.

He also met, pursued, and married Rachel, his life-long love. Married in 1966 he adored her through thick and thin for 55 years. In winning Rachel, he won also Michael as his son, and three years later his other son, Andrew, who inherited his dashing smile.

There was nothing Del could not do if he put his mind to it. He always made the most of what he had, rarely having the most. He was a great painter, carver, builder of camps, fisherman, hunter of ducks and deer, stock car racer, ice car racer, occasional police car racer, practical joker, mechanic, daredevil, and maker of maple syrup. His love of Moosehead Lake endured his whole life.

Del retired early from the telephone company to spend more time with Rachel, but never stopped being both a telephone man and a Marine.

In 2006, Del got the yellow flag in the form of Alzheimer’s symptoms and diagnosis. His grace and positive attitude were amazing to bear witness to over the long goodbye of these many years.

A celebration of life will be held on Thursday, Jan. 27 from 2 to 5 p.m. with remarks at 3 p.m. at Montsweag Farm Restaurant, Route 1, Woolwich.