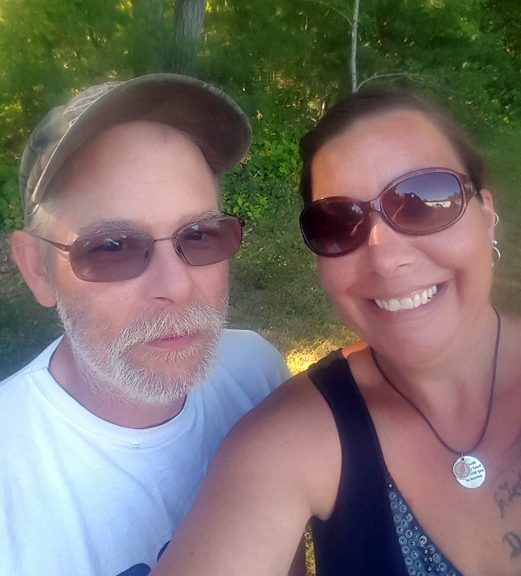 Derek and Stephanie (Crochere) Trudeau, 48 and 40, of Litchfield, were tragically taken in an automobile accident on Sat., Nov. 9, 2019, in Litchfield.

Derek was a devoted husband and father who liked to fish and tend to his garden. He always had a quick-witted reply that would bring a smile to anyone’s face. He made light of the worst of any situation, worked hard at whatever he did and would do whatever needed to be done to provide for his family.

A graduate of Wiscasset High School in 1989, Derek was employed by Bath Iron Works for the past 10 years as a crane operator.

Derek’s celebration of life will be held at a later date.

Stephanie was a young mother who would do anything for her kids and family. She discovered gardening the last few years and found her happiness. She loved playing games, taking walks, and fishing with Cait. She dedicated her life to her family. She attended Cony High School and spent time at home caring for her family.

Stephanie’s visiting hours will be held on Sat., Nov. 16, at Staples Funeral home and Cremation Care, 53 Brunswick Avenue, Gardiner from 11 a.m. to 12 p.m., where Stephanie’s memorial service will follow at 12 p.m.