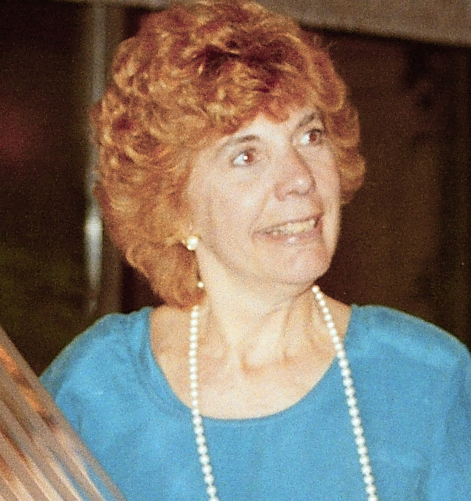 Teacher, actress, supporter of the arts, and generous spirit Diane Lind was born on April 20, 1937, in Malden, Mass. and was a longtime resident of Reading, Mass. She passed away on May 15, 2020 after a brief illness. She was the loving daughter of Barbara (MacLellan) Lind and Clifford Lind and is survived by Bruce MacLellan and his wife Anne, Karen Ritterbush, and Scott Ritterbush, all of New Hampshire; her godchild, Kristen Bjork of Waltham, Mass.; her good friend, Albion Bjork of Lincoln, Mass.; and many cousins and friends. She was predeceased by her dear friend, Ray Sipola.

Raised and educated in Malden, Diane graduated from Malden High School (class of 1954) where she excelled in speech and drama. Four years later she graduated from Jackson College at Tufts University with a Bachelor of Arts degree. She later received her Master of Arts in Teaching degree from Salem State College.

Diane began teaching English, speech, and drama at Wakefield Junior High School in 1958. She and fellow teacher Ray Sipola became quite well known for their outstanding musical productions. In 1975 Diane transferred to Wakefield Memorial High School where she became the chairperson of the English department, a position she held for more than 20 years. She then continued her teaching career at Emerson College, Cambridge College, Northern Essex Community College, and Tufts University where she balanced classroom activities with teacher training. For several years she also tutored at an immigration learning center in Malden for adults hoping to attain U.S. citizenship.

Diane could often be found onstage or backstage in local theaters. She played Auntie Mame with the Melrose Community Players, directed “Fiddler on the Roof,” “The King and I,” and “The Music Man” and other productions for Reading’s Colonial Chorus. Quannapowitt Players of Reading saw Diane giving life to the characters of Oscar Wilde, Robert Harling, and her favorite, Arthur Miller. She was an active participant at the Stoneham Theater (now Greater Boston), and even found time to lend her voice to characters for a local radio drama company.

Always striving to give to others, Diane was an active volunteer. She was a founder of the 275-seat theater (The Savings Bank Theatre) at Wakefield Memorial High School, and a member of the Sweetser Lecture Series Committee and The Scholarship Foundation of Wakefield. In Malden Diane was an enthusiastic supporter of Malden High’s Alumni Association and on the board of the Davenport Memorial Home.

Summer, her favorite time of year, was a time for travel. Diane explored the world, always with friends, to Japan, Russia, Scandinavia, much of Europe, Canada, Mexico, Barbados, the USA, and three particular favorites: Ogunquit and New Harbor, and Lake Winnipesaukee.

Because final arrangements will be private, it is hoped that friends and family will raise a glass in Diane’s honor “L’chaim” to life.

Memorial contributions may be made to the following: The Diane Lind Scholarship, The Scholarship Foundation, P.O. Box 321, Wakefield, MA 01880; or Housing Families, 919 Eastern Ave., Malden, MA 02148.

Arrangements are under the care of the Weir-MacCuish Golden Rule Funeral Home, 144 Salem St., Malden, Mass.