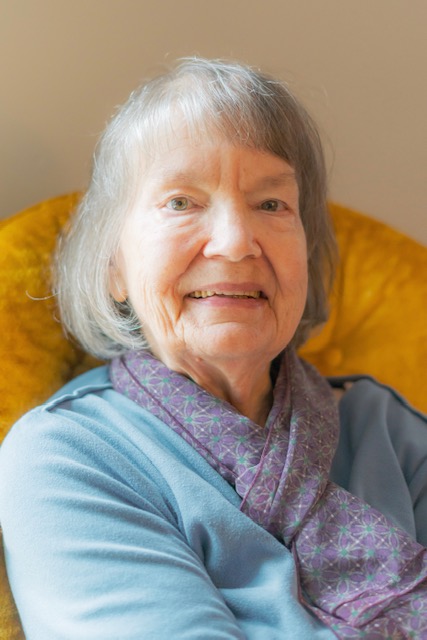 Having lived a life of woman’s work and art for 85 years, Dianne Ruth (Nichols) Caton died March 4, 2022, at the height of Paris Fashion Week. She was the first born to David R. and Louise (Springer) Nichols on Nov. 24, 1936, in Westborough, Mass.

As a teenager in 1951, Dianne moved with her parents and three siblings to Edgecomb. Maine seemed like the end of the earth to a girl with dreams of a career in fashion design. In fact, an early memory of life in Maine was of her father and Doc Arthur Nichols taking a boat to town in bad weather to get milk for the infants. Art school was sidelined as Dianne began to find her own way in Maine. Soon after graduating from Wiscasset High School, she married John R. Caton, and they began their family in Edgecomb.

Dianne was a kind and loving woman who embodied stoicism. She lived a hardscrabble life, but raised her family and contributed to her community through resourcefulness and much creativity. She used her design, drawing, and sewing skills to benefit her own children and those in the community through the PTA, Congregational Church Sunday school, and Lions Club Christmas outreach.

She worked hard at home and at a variety of jobs in the area, including at the Carl M. P. Larrabee Insurance Agency, Chuck Wagon restaurant, Renys, and even packing shrimp for a February or two. Dianne was most proud of the business she established, which incorporated her love of design, fashion, and dolls. In the ‘80s, she started The Pattern Factory, a mail order business developing clothing patterns for fashion dolls. The patterns were often themed for a period of time or place, requiring research, as well as creative design. All the patterns were tested through detailed sewing, much to the delight of her grandchildren. The Pattern Factory sent patterns around the world, and Dianne enjoyed years of correspondence with happy customers.

A lover of nature, Dianne also loved cats and kids, drawing and creating, the Patriots and Red Sox, and flowers and fashion. Until the end, she loved to see what was on the runway in Vogue. Each of her children and grandchildren received a bit of her creative spark, which they are nurturing and sharing in this world.

Dianne had strong political opinions and stood up for what and who she believed in. She received friendship and encouragement from a local support community, where she became a leader and mentor. The friendships she made there sustained her through the end of her life.

After her divorce, Dianne lived in Woolwich, and later in Newcastle, with her daughter, Kathleen Gullo and son-in-law Bob, where there was a wealth of warmth and activity, and a steady stream of grand and great-grandchildren to visit, play, and draw with. She lived the last 13 months of her life through the thoughtful care at Cove’s Edge in Damariscotta.

Dianne was predeceased by her parents, her former husband John, her brother David R. Nichols Jr., and her son, John L. Caton.

She is also survived by her sisters, Kathy (Bob) Kane and Elizabeth “Zibby” Nichols, and many dear nieces and nephews.

A memorial service will be held in the spring at a date to be announced. In lieu of flowers, memorial donations may be made to The Michael J. Fox Foundation for Parkinson’s Research, PO Box 5014, Hagerstown, MD 21741-5014; Midcoast Humane, 190 Pleasant Street, Brunswick, ME 04011; or a charity of your choice.

Arrangements are under the direction and care of the Strong-Hancock Funeral Home, 612 Main St., Damariscotta. Condolences, and messages for her family, may be expressed by visiting her memorial page at stronghancock.com.