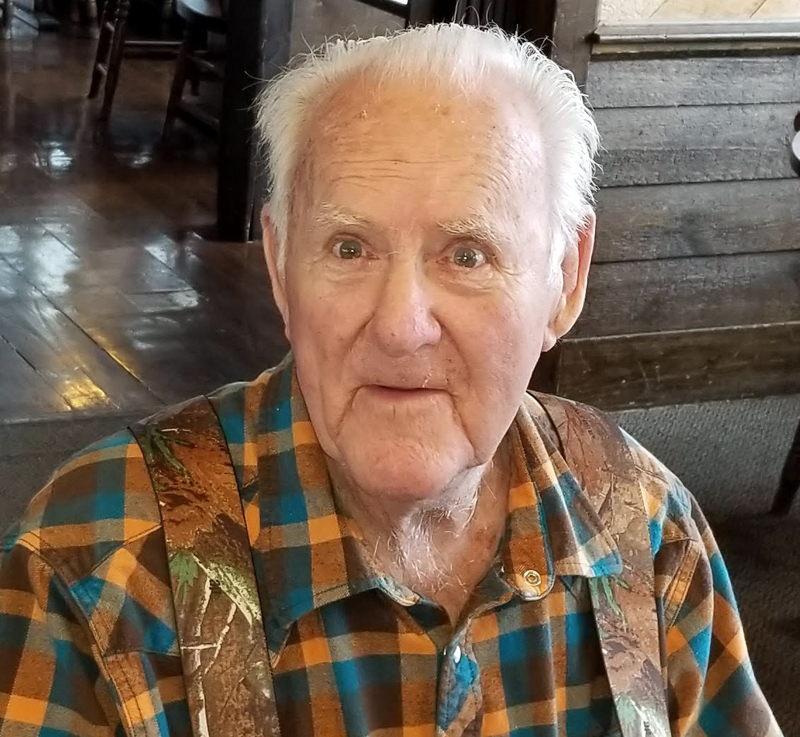 Donald C. Christianson, 85, of Waldoboro, passed away on July 19, 2020 at the Sussman House in Rockport, with family at his side. His health had been declining for some time, due to Supranucear Palsy, a rare brain disorder, and returning lung cancer and pneumonia.

He was born Nov. 9, 1934 in Washington. His parents are the late Waldemar Christianson Sr. and Florence Marie Brown Christianson. He was the fourth child of seven. He graduated grammar school at the Hodge School in Washington.

In his early years he worked with his father painting houses. He had a convenience store on the hill in Waldoboro in the late ’70s and early ’80s, with wife Jean, where he bought and sold cars as well. He sold the store and they moved to California and Las Vegas, Nev., where they managed a motel; he did all the maintenance and then got hurt, so they moved back to Maine, where he sold used cars, and drove people to appointments for awhile too.

Donald married Frances Turner at a young age and they had three children, Charles, Susan, and Brett. After they divorced he married Jean Fortin, they had several years together, they traveled a lot until she became sick and passed away.

He enjoyed playing the guitar and singing country and Western music.

He is predeceased by his parents; brother, Waldemar Jr.; and sister, Shirley M. Black. He is survived by his companion of 15 years, Faye Blair; son, Charlie Christianson and wife Diane, of Freedom; daughter, Susan Fuller and husband Edward, of Montville; son, Brett, of Washington; four grandchildren; many nieces and nephews; cousin, Dolly Tobey and husband Richard, of Melrose, Mass.; sisters, Marion Whitmore, of Waldoboro, Joan Moody, of Waldoboro, Anna Bickford and husband Harry Rex, of Waldoboro and Norma Sproul and husband Paul, of Round Pond; and his favorite cat, Mickey Moo.

A service will be held at a date and time to be announced.