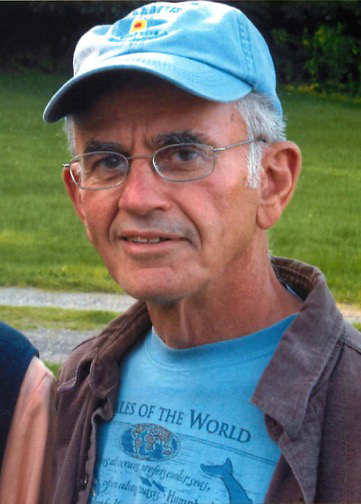 Donald “Don” Meakin, 71, of Round Pond, passed away on Dec. 19 at Sedgewood Commons in Falmouth.

Born on April 8, 1945, in Darby, Penn. to Lawrence W. and Dorothy B. Meakin, he grew up in Yeadon, Penn. where he attended local schools. Many of his childhood summers were enjoyed in Round Pond where his grandparents lived. He passed many hours happily rowing around the harbor and helping his grandfather on his lobster boat.

After high school, Don went to Penn State University. He became a member of Phi Kappa Tau fraternity and made many lifelong friends there. He received a bachelor’s degree in business in 1967. During summers, while he was in college, he worked for the Naval Air Engineering Systems in Philadelphia and for the Defense Contract Acquisition Region in Philadelphia.

After graduation, Don was accepted in the Management Internship Program of the Navy Department in Washington, D.C. He attended OCS in Newport where he became an Ensign, then went to the Charleston Naval Base for mine warfare training before reporting to the USS Gallant in Long Beach, Cal. He served on the Gallant in Vietnam as Lieutenant JG from June 1969 to February 1970.

After returning to Washington, Don worked in the Contract Development Program at Naval Air Systems Command in Washington, D.C. and earned an MBA from George Washington University.

Don moved to Round Pond in 1977 and worked as a contract negotiator and contract specialist as the Supervisor of Shipbuilding in Bath until his retirement in 1995. During this time, Don enjoyed his family, woodworking, gardening and skiing with his children. He took any chance he could to go sailing. As one of the founding members of the Cabedetis Boat Club, sailboat racing was a passion and many special times were spent on the water with family and friends.

He volunteered as a First Responder, and served with Bristol Fire and Rescue in Round Pond for 32 years. Don was a valued member of a men’s group in Damariscotta for over 20 years, and his love, support and participation enhanced the lives of all whom he met in this community. Don began construction of a new house in Round Pond in 1990, a special project that occupied many hours of his time.

After retirement, Don pursued many interesting jobs working for friends: oystering, building furniture, boat maintenance and boat hauling. He particularly liked driving the crane truck. Throughout his life, his woodlot gave him as much pleasure as anything. During this time he married Jean Piper, with whom he spent several happy years sailing, traveling and spending time with friends and family.

Don’s warmth and easygoing nature won him loyal friends wherever he went. He could find the humor in the most trying experiences, and his calm attitude under pressure was appreciated by all.

He was predeceased by his father and mother, Lawrence and Dorothy Meakin.

A memorial service is being planned for the spring.